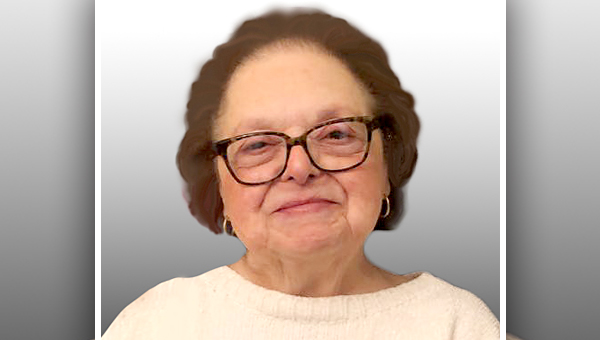 Friends and family remember Frances Abraham Thomas as a caring person who stressed hard work and honesty to her children and was always available to help others.

Thomas, who died Monday at her home, was born in 1932 above Abraham Brothers Department Store on Washington Street. She worked in real estate and retail sales at her brother Charles Abraham’s store and later became the owner of Abraham’s.

“My mother was my best friend and after I married Nancy, I had a mother, a wife and two best friends,” her son Greg Thomas said. “She helped pave a route for me that taught me hard work and honesty is the key to success. She had two jobs; she was basically by herself and feeding three children — one at the time was in college. She taught us the way you are is more important than what you have.”

“I can’t say enough nice things about her,” Janice Strickland said. “She was an inspiration for all of us at the church. She was a hard worker in our church and we always seemed to go to her for advice, not only advice on life but things dealing with our faith.”

Thomas, Strickland said, was instrumental in the church’s Lebanese dinner and showed lot of women in the church “how to go about doing things the right way. She was just loved by all. She was thoughtful about other people in the church. When my mother was sick she would call constantly checking on her but she not only checked on her, she checked on me as the caregiver.

“She taught all of us about the Lebanese food; she was one of the best,” Strickland said.

“My first job was a gift-wrapping job at Charles’ (Frances’ brother) store for Christmas when I was about 15 or 16,” Rhonda Wright, Thomas’ niece, said. “I was really nervous. Aunt Frances practiced with me beforehand so I would know what to do and how to do it.”

Wright continued working at the store after Christmas, and worked there every day until she graduated from high school.

Thomas, she said, “Was firm but she made it fun and I wanted to excel in whatever task they gave me to please her. We always had a special bond and when I had my first child I asked her to be his godmother and she is also my daughter’s godmother.”

Greg Thomas said his mother influenced him to become a real estate broker and appraiser.

Thomas said his mother worked for a real estate company called J.L. Reeves and worked at her brother’s store downtown.

“When my grandfather passed away in the early 1990s, she took over our family store. We were all raised there,” Greg said. “That was just our way of life, and that in and of itself taught us a lot. I thank God for all the lessons I learned being at the store, being around her and my grandfather.”

He said in his business “I still deal with people who were former clients of my mother. She had a good reputation in the real estate business and she made a lot of great friends because of that.

“It’s ironic, but I just sold some land that my mother sold in the mid-1970s,” he said. “The seller said, ‘I wouldn’t have bought this property if it wasn’t for your mother.’ They did well on it (the land) and she appreciated that.”

His mother, he said, “Always told me, ‘Gregory you always be honest you always tell what’s going on; you be honest with people and do the best that you can.

“If you treat people right and you do right, you won’t have to advertise a lot. You’ll get more return business than you’ll know what to do with.”

Greg said her advice has helped in his business and with his children.

His children, he said, called her “Titee,” Arabic for grandmother.

“She had a very full and blessed life,” he said. “She would have been proud of her grandchildren who were her pallbearers.”

“She will lovingly be remembered by a lot of people,” Wright said, “And I will hold her in a special place in my heart.”