Roberts: Making Mississippi a healthier place one meal at a time 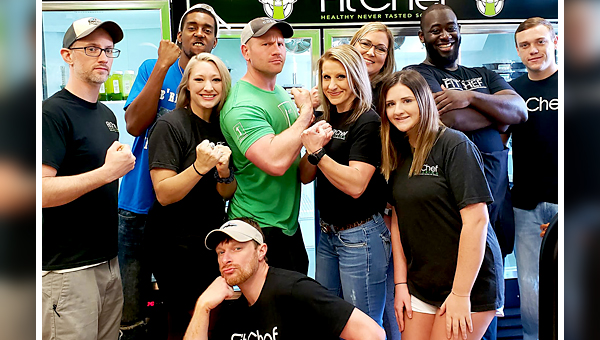 Cooking has been a part of Kevin Roberts’ life since he was 5 years old, but until he was 26, the difficulty of constantly being around food took a toll on his health.

He experienced multiple health problems due to his eating habits. After changing his lifestyle, he wanted to be able to eat the food he made.

“I was tired of cooking food I didn’t eat,” Roberts said.

Roberts recognized the need for food everyone could enjoy in Vicksburg and opened FitChef in 2018, where customers can enjoy healthy, tasty meals.

Since its opening, FitChef has helped “hundreds of people lose thousands of pounds,” according to Roberts.

Roberts was named “Best Chef” in The Vicksburg Post’s recent Readers’ Choice Awards. This marks the second year in a row Roberts has earned the honor.

“If I can provide food, if I can provide inspiration, then I’m doing a good job. That’s what makes being considered the best chef worthwhile,” he said.

Every morning the staff of FitChef has a “gratitude meeting.” While Roberts is thankful to be considered “best chef,” he also has a bigger goal in mind.

“My goal is to get the best boss,” he said. “We build a culture where it’s about positivity, it’s about growth, it’s about bettering ourselves all the way around.”

Roberts has worked in California and Arizona, but he has also had a hand in some of the most well-known restaurants in Vicksburg including 10 South, Roca and The Anthony.

He credits his mentors for his success — specifically Jay Parmegiani.

“The people who helped mentor me and believed in me whenever I wasn’t believing in myself — especially Jay,” he said.

FitChef began with Roberts unemployed, selling food out of the trunk of his car. He was denied once for a loan but soon received $20,000 to rent a small space downtown. He now cooks out of the largest privately owned kitchen in Warren County.

With each meal he makes, Roberts is one step closer to his goal of “making Mississippi a healthier place.”