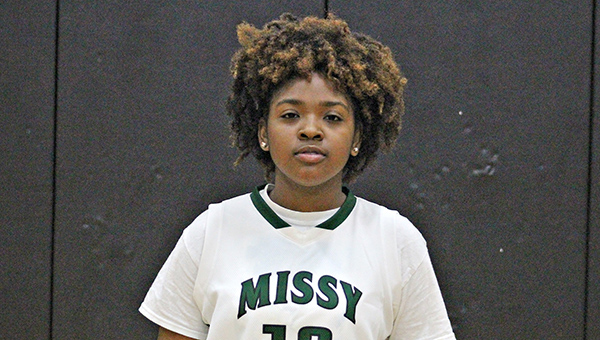 Vicksburg High basketball player Ja’Na Colenburg had 28 points and six rebounds in an 87-53 win over Provine on Friday.

The Vicksburg Missy Gators completed a perfect run through their region schedule with a flawless victory.

Ja’Na Colenburg hit six 3-pointers and finished with 28 points, Layla Carter had a double-double with 22 points and 10 rebounds, and Vicksburg crushed Provine 87-53 on Friday.

The Missy Gators (15-5, 6-0 MHSAA Region 4-5A) went undefeated in region play and earned the No. 1 seed for the Region 4-5A tournament that begins Feb. 8. They have won eight consecutive games, and 12 of their last 13, and will host Callaway in the first round.

Vicksburg finishes the regular season Tuesday at Clinton. It’ll be a tune-up game, although based off of Friday’s performance they’re already hitting on all cylinders.

Colenburg went 6-for-8 from 3-point range and grabbed six rebounds to go along with her point total. Carter had five assists, two blocks and four steals as well as her double-double in points and rebounds.

In the boys’ game Friday, Vicksburg beat Provine 83-81 in overtime to complete a season sweep. The two games between the teams were decided by a total of three points.

Defensively, the Warren Central Lady Vikes seem very capable of winning a game in the Region 4-6A tournament and advancing... read more