Sports column: Take a moment to appreciate the normalcy of sports 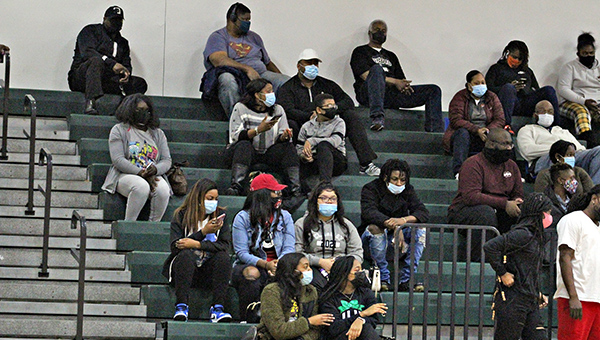 As we approach the end of the second leg of Mississippi’s sports year, the winter season, the most startling thing is perhaps the best thing — how normal everything feels.

The COVID-19 pandemic has not gone away. Games, even entire postseason tournaments like the MAIS District 3-4A basketball tournament that St. Aloysius and Central Hinds Academy were scheduled to play in this coming week, are being canceled. Fans are still wearing masks to games and crowds are a fraction of what they might normally be.

But, despite all of that, we’ve made it through football season, and soccer and basketball season will conclude in the next few weeks. Baseball and softball teams, whose seasons were cruelly cut short in 2020, are back at practice preparing for the 2021 campaign.

The sports calendar often provides the background noise of life. We know it’s August because of chatter about the upcoming football season. The state high school basketball tournament and Run Thru History are signs that spring is around the corner. By April, we’re soaking up the sun and warm evening air watching baseball and softball.

All of that was disrupted last year, to the point we wondered if things would ever get back to normal. In many places, it hasn’t. A number of states have yet to give the all-clear for high school and youth sports to resume, while others just recently did so. Some have taken a start-and-stop approach as case counts rise and fall.

Here in Mississippi, we’ve been blessed. By late summer most of the sanctioning bodies in the state had decided to press on with the upcoming season and deal with problems as they arose. Our local and state governments and school districts have put smart guidelines in place without reflexively shutting everything down.

There have been and still will be plenty of bumps in the road, but we have persevered and found solutions. While other states lived in fear, we simply lived. A virus doesn’t care about politics or defiant stands of character — virus gonna virus, as one pundit put it — but those small moments mean a lot to us. They remind us of what was and what can be again.

After the crazy events of the past 11 months, and even where we were in the pandemic six months ago, it’s important to stop and take a look around at where we are right now. When you visit Sports Force Parks and see a field full of children playing soccer, and another with a crowd watching a baseball game, or see a picture from a basketball game with fans in the background, soak in the normalcy. Appreciate it. Savor it.

It’s not something you’ll find just anywhere. And it’s something that, not that long ago, we thought we might not see again.