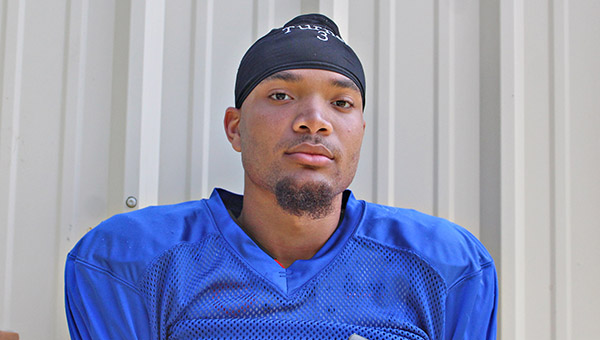 Porter’s Chapel Academy basketball player Ra’Darius Turner had a double-double with 11 points and 11 rebounds in a 59-56 double-overtime loss to Benton Academy on Tuesday.

Porter’s Chapel Academy went down fighting in the MAIS District 4-2A boys’ basketball tournament, but it still went down.

The Eagles’ season ended with a 59-56 loss to Benton Academy in double overtime in the first round of the district tournament on Tuesday.

Benton advanced to play top-seeded Greenville Christian Thursday at 5:15 p.m. at Manchester Academy in Yazoo City. Only the top four among the five teams in the district will move on to the Class 2A South State tournament next week, so Benton advanced with its win in Tuesday’s elimination game.

Lawson Selby led PCA with 14 points and seven rebounds, and was one of four players in double figures. Radarius Turner had a double-double with 11 points and 11 rebounds, Tyler Washington had 10 points and eight rebounds, and Chris Taylor scored 12 points.

PCA’s girls’ team had a first-round bye in the district tournament and will play Greenville Christian Thursday at 4 p.m. The Lady Eagles have already clinched a spot in the South State tournament.

Warren Central’s next game will be against Clinton in the MHSAA Region 4-6A tournament, on Feb. 9 at 7:30 p.m. at Warren Central Junior High.

Ta’Miya Sims finished with 12 points for Warren Central, which will next play in the MHSAA Region 4-6A tournament on Monday. Its opponent and game time have not yet been determined. The tournament will be played at Warren Central Junior High.

Vicksburg High basketball player Ja’Na Colenburg made six 3-pointers and finished with 28 points in an 87-53 win over Provine... read more