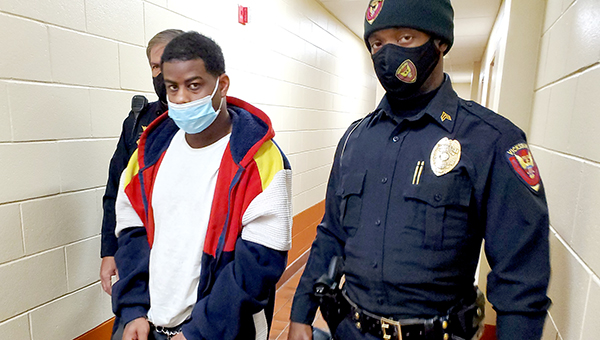 Three Vicksburg residents have been arrested and charged in connection to an armed robbery that took place early Monday at Motel 6.

At 1:46 a.m. Monday, officers responded to the Motel 6, 4107, I-20 Frontage Road, in reference to an armed robbery. The victim reported two males and a female had robbed him at gunpoint and took his wallet containing $600.

By 8:15 a.m. Monday, three suspects were in custody. Those three suspects made their initial appearances in Vicksburg Municipal Court Wednesday morning.

Keion Jones, 28, of Vicksburg, was charged with one count of armed robbery and one count of conspiracy to commit robbery.

During Wednesday’s hearing, Judge Penny Lawson set Jones’ bond at $170,000 and bound his case over to the grand jury.

Sushanna Smith, 46, of Vicksburg, was charged with one count of accessory after the fact. During her court appearance, she received a $20,000 bond and had her case bound over to the grand jury.

Chicolby Johnson, 31, of Vicksburg, was charged with one count of accessory after the tact.

His bond was set at $2,500 and his case was also bound over to the grand jury.

By Mary Margaret Edney | ERDC Public Affairs Specialist   When it comes to emergency response, it’s said that an... read more