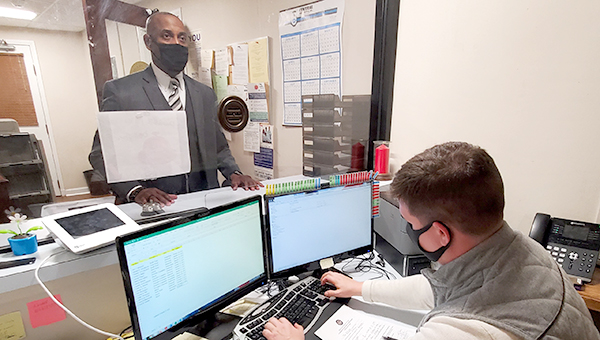 Kimble qualified Friday to run for Vicksburg mayor. Kimble joins former South Ward Alderman Willis Thompson and District 3 Supervisor Shawn Jackson as candidates in the Democratic Party primary on April 6. The winner of that primary will move on to the June 8 general election.

Kimble, who was elected constable in November 2018, nearly defeated North Ward Alderman Michael Mayfield in the 2017 municipal elections. In that 2017 race, Kimble lost to Mayfield by less than 200 votes.

Kimble, in addition to serving as a constable, also works with the Claiborne County Sheriff’s Office.

The winner of the Democratic primary will join incumbent Mayor George Flaggs Jr., who is seeking his third term as mayor, and developer Daryl Hollingsworth, who filed his qualifying papers Friday.

Both Flaggs and Hollingsworth qualified as independents and will automatically be in the June 8 general election.

The deadline to qualify for the municipal elections is 5 p.m. Friday.