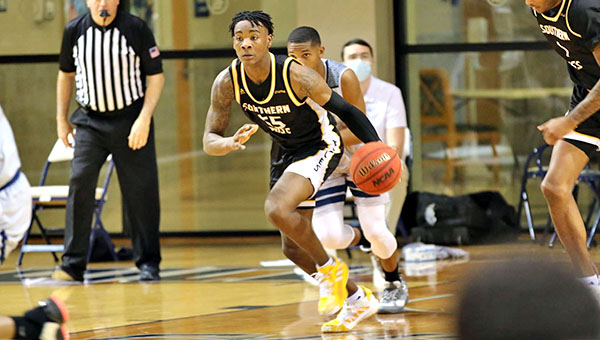 HOUSTON — Quincy Olivari drained six 3-pointers and finished with 29 points and seven rebounds to lead Rice to an easy 88-62 victory over Southern Miss in a men’s basketball game on Friday.

Travis Evee and Riley Abercrombie made three 3-pointers each and scored 14 and 11 points, respectively, for Rice (11-8, 5-6 Conference USA).

“We of course played from behind, something we’ve seemed to do about every game,” Southern Miss coach Jay Ladner said. “You have to set the tone defensively and really get out and compete. Rice has a good basketball team, as we know, so no surprises there. They can shoot the three and were 13-for-32 today.  I will always take responsibility and do a better job at getting our team ready.”

Jaron Pierre made a layup 16 seconds into the second half for Southern Miss (7-11, 3-8), and then the Golden Eagles went nearly 5 1/2 minutes without another field goal. In the second half, they hit just one of their first 10 shots and were 11-for-30 overall.

“We were very poor from the get-go getting down and ready to move our feet,” Ladner said. “Rice does such a good job in penetration at sharing the ball, and when they drive it’s not always an intent to score, but to kick it out. We didn’t close out well and had to chase shooters. You have to control things as opposed to hoping they miss their shots.”

Southern Miss and Rice will play again Saturday at 2 p.m.

The Vicksburg Post welcomes your items for the Game Plan. Submit items by email sports@vicksburgpost.com. Please include the name and... read more