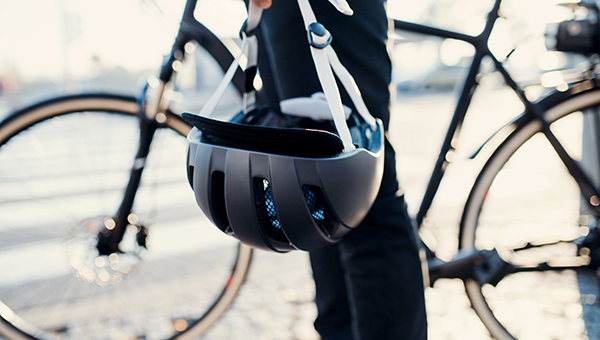 Cycling enthusiasts soon will have a new route to enjoy in Vicksburg, thanks to the selection of the Wheels on the Hills project by the Mississippi Department of Transportation.

The Board of Mayor and Aldermen committed to matching the MDOT grant with the required 20 percent of remaining funds needed for the project. The city will also provide for ongoing maintenance activities from its general fund.

“Wheels on the Hills will integrate healthy activity, history and cultural awareness, and economic strength of retail and restaurant industries into a single amenity for the local community and for visitors from across the state and region,” said Kelle Barfield, who wrote the grant application on behalf of a project coordination team. “The cycling route will capitalize on Vicksburg’s reputation as a travel and tourism destination at it expands downtown recreational and educational opportunities.”

Barfield, who also represents District 5 on the Warren County Board of Supervisors, owns a number of buildings and Lorelei Books in downtown Vicksburg.

“I’m grateful for the collaboration with Commissioner Simmons and appreciate him working with us to move Vicksburg forward. This is a terrific example of teamwork and of using existing assets to boost our local economy,” Flaggs said. “The committee boldly envisioned an attraction for cyclists to explore Vicksburg’s rich background and culture. Now that funding has been secured, the City of Vicksburg offers full support to implementation of Wheels on the Hills.”

Barfield said the initial proposed route included up to nine miles of circuit beginning on North Washington and extending as far as the Mississippi River Bridge Welcome Center at Interstate 20.

The team will now consider which portions of the total circuit can be funded in the initial phase using the MDOT grant and city match.

“The route will concentrate on a network of city streets to maximize sites of interest,” Barfield said. “Most of the route will consist of striping existing paved roads to indicate shared lanes for vehicles and bicycles.”

Within the heart of the route, existing and additional signage will highlight more than a dozen Mississippi historic markers and Hwy. 61 Blues Trail markers, downtown museums, architectural sites and churches and a number of art sites including the Levee Street murals. The route also incorporates portions of the Mississippi River Trail.

“The associated maps and signage will also enhance the downtown experience for pedestrians and for users of Blue Duck scooters, providing a route they can follow as they learn more about what makes Vicksburg special,” Barfield said.

The project team considered various business opportunities Wheels on the Hills could offer to local retailers. For example, Battlefield Bicycle, a retail business on Cherry Street that specializes in cycling sales, rentals and repairs, could see an economic boost from cycling as well as businesses that benefit from route signages, striping and bicycle racks.

Identification of cycling enthusiasts on the route could also generate potential volunteers to support bicycle safety programs of Battlefield Bike Share, a sister non-profit to the retail business. In addition, local businesses of all types will enjoy greater access by visitors who suffer transportation constraints, such as those arriving by bus or boat with no means of individual transportation.

Work to be performed as part of Wheels on the Hills completion includes: