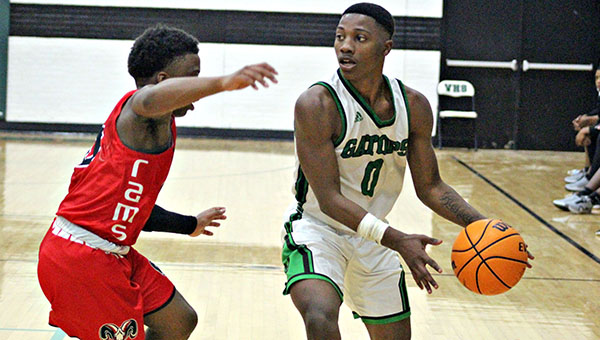 Gators get tough draw against Provine in region tournament opener

A few days ago, the Vicksburg Gators went on the road and beat the No. 2-ranked team in Mississippi. That might not have even been the biggest challenge they’ll face this month.

The Gators (13-6) begin play in the MHSAA Region 4-5A boys’ tournament Tuesday against Provine (2-5). If they win that — which will be no small feat — they’ll face either No. 1 Callaway or Ridgeland in the championship game, and then the true test of the Class 5A state tournament after that.

It’s the start of a difficult gauntlet in which all of the success they’ve had to this point can vanish in an instant.

“This is the toughest district in the state when you think about it,” Vicksburg coach Kelvin Carter said. “You’ve got two of the top teams from Jackson and Ridgeland is no slouch at all. You’ve got to play night in and night out and bring it. There are no guarantees. It’s always hard to beat a team three times, but we’re sure going to try to do it.”

The Gators began February with a 60-57 upset of Clinton — which is ranked No. 2 in Mississippi by MaxPreps.com and No. 1 by several other web sites — last Tuesday.

Keshawn Brown’s dunk with eight seconds left in overtime provided the game-winning points and sent the Gators sailing off the court with their fourth consecutive victory.

More importantly, Carter said, it gave his team a confidence boost that it belongs among the best teams in the state. That will be important should the Gators cross paths with Callaway, a frequent nemesis that has defeated them in the region tournament championship game each of the past three seasons.

“I think mentally this gives us the confidence and belief that we can get it done. I think, really, this is going to put us on a whole other level come Tuesday,” Carter said.

To get to a potential championship matchup with Callaway, however, the Gators first have to survive another difficult test. They’ll face Provine in the first round Tuesday at Vicksburg Junior High.

Vicksburg won both regular-season meetings with Provine, but the games were decided by a total of three points. The last one, on Jan. 29, went to overtime. The two games were physical affairs, even a little nasty, and the Rams certainly have both the attention and respect of Vicksburg’s players and coaches.

“The first two times we played Provine it was real scrappy,” Brown said.

Carter went a step further and said his team was fortunate to win both games.