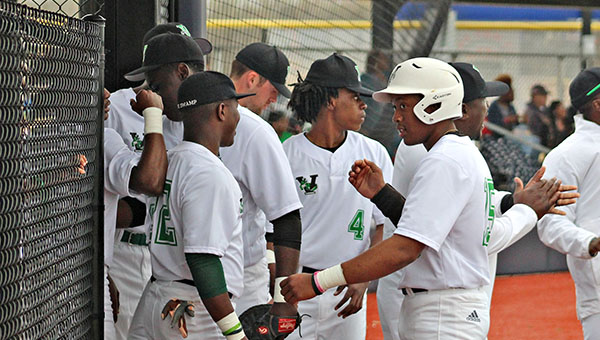 It’s hard to believe, but baseball and softball season is right around the corner. Both were cut short in 2020 by the onset of the COVID-19 pandemic, so it’s great to see these athletes getting back on the field and playing a sport they love.

There’s a very important part of those sports, too, that we’re here to talk about today — walk-up music.

For the uninitiated, walk-up music is the little 10-15-second tune that the PA person plays when a batter walks from the on-deck circle to home plate. This is not to be confused with between-innings music or pregame intros, which can run as long as a full song.

Music is too subjective to individual tastes for me to offer specific suggestions. I prefer the alternative and rock genres myself, but there are plenty of folks who get fired up listening to rap, hip-hop, or even a jaunty Taylor Swift tune. To each their own.

What I’m going to offer tips on today, rather, is what our local baseball and softball players and PA announcers should look for when selecting their music. There are plenty of traps and pitfalls to avoid.

First, remember that a good song doesn’t necessarily make good walk-up music. A great song tells a story in three minutes or so, but there are only so many batting gloves you can adjust before the umpire says get on with it. You’ll have about 15 seconds, tops, to play your walk-up music. So listen, instead, for the great parts within a song — a banging guitar riff, a great intro, a catchy snippet of chorus — that’ll get you in the right frame of mind in a hurry.

Second, keep in mind that you’re at a family-friendly event. Avoid songs or cuts with profanity. Players, you can make some friends among the people in the press box by not forcing them to hover a finger over the stop button to avoid a 100-decibel F-bomb at precisely the 11.3-second mark of your music.

The public address folks also have a job to do. Mostly it involves playing a CD or pushing a button to start a playlist, but for the ones with some more freedom to pick between-innings music it’s a big responsibility. They’re like DJs setting an atmosphere for the ballpark, so it’s important to set the mood. There is also a limited inventory of 10-12 time slots during a game.

It’s hard to go wrong with the old baseball staples like “Centerfield,” Springsteen’s “Glory Days” and Alabama’s “Cheap Seats,” but don’t be afraid to mix it up a little.

We don’t need a 12-minute Led Zeppelin song or some esoteric 70s prog rock, but there are plenty of other stadium songs out there that you can work into the rotation.
Don’t be afraid, pardon, the pun, to throw a curveball, with a stadium anthem like “Seven Nation Army” or almost anything by AC/DC.

So there you have it. The three rules of baseball and softball music are to keep it clean, keep it fun and keep it short. I can’t wait to see the sights, and especially hear the sounds, of the ballpark this season.