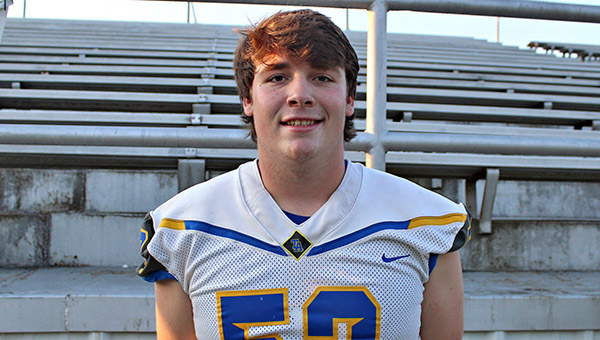 Tallulah Academy baseball player Marsh Wood had three hits, including a triple, and pitched three scoreless innings in a 10-0 win over Porter’s Chapel Academy on Monday.

Walker Sullivan went 2-for-2 with a double and three RBIs, Paul Michael Machen was 2-for-3 with two runs scored, and Tallulah Academy beat Porter’s Chapel Academy 10-0 in the 2021 season opener on Monday night.

It was the first game for both teams since last March, when the onset of the COVID-19 pandemic halted and then eventually canceled the 2020 season.

Marsh Wood was 3-for-4 with a triple and an RBI for Tallulah, and also pitched three innings of scoreless ball. He struck out four, walked one, and allowed two hits. Hayes Hopkins pitched the last two innings.

Eight of Tallulah’s nine starters had at least one hit, and all of them scored a run.

Jace Riggs doubled and walked for Porter’s Chapel, which finished the game with five hits but left nine runners on base. Gage Palmer pitched 4 1/3 innings and allowed nine runs, but only two were earned. He walked three batters and struck out four.

Clinton holds off Warren Central in Region 4-6A tournament

Warren Central only let its guard down defensively for a minute Monday night — well, 2 ½ minutes to be... read more