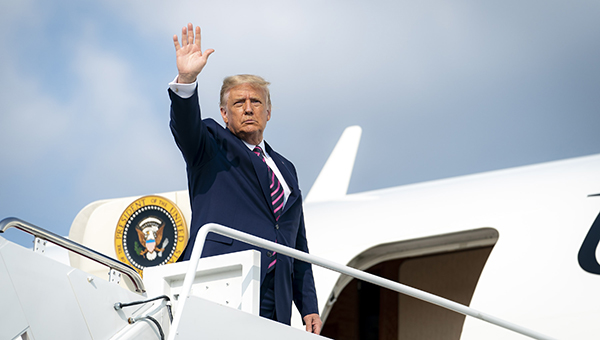 WASHINGTON (AP) — The Senate on Saturday acquitted Donald Trump of inciting the horrific attack on the U.S. Capitol, concluding a historic impeachment trial that exposed the fragility of America’s democratic traditions and left a divided nation to come to terms with the violence sparked by his defeated presidency.

The vote was 57-43, short of the two-thirds needed for conviction. Seven Republicans broke from their party to find Trump guilty.

The quick trial, the nation’s first of a former president, showed how close the invaders had come to shattering the tradition of a peaceful transfer of presidential power after Trump had refused to concede the election. The riots — which resulted in a siege on the U.S. Capitol took place on Jan. 6, when Congress was certifying Joe Biden’s election victory.

Many senators kept their trial votes closely held until the final moments, particularly Republicans who are now thrust into minority status. Democrats took narrow control of the Senate with runoff elections in Georgia on Jan. 5, the day before the siege.

Emergency officials ahead of winter storm: Pray for the best, prepare for the worst

It is simple. Stay home. The winter storm, forecast to roll through Warren County late Sunday into Monday, is being... read more