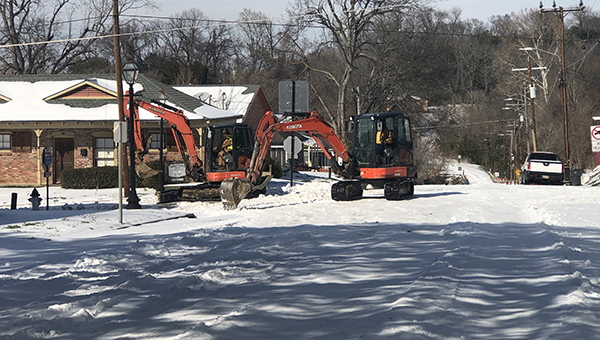 Warren County is under a winter storm warning from 6 a.m. Wednesday to 6 a.m. Thursday as the area braces for another round of severe winter weather.

Highs Wednesdays are expected to be in the mid-30s with lows in the low 30s.

The kind of precipitation the area gets, Weather Service meteorologist Logan Poole said, will depend on the temperature.

Monday’s storm dumped up to 4 inches of frozen precipitation in the form of sleet and snow with some freezing rain. The nighttime temperature stayed in the upper teens and did not reach the temperatures predicted to go below 10 degrees

Residents woke up Tuesday morning to see snow falling, but a total on the snowfall was unavailable from the Weather Service.

Three couples find being stranded at Duff Green not too bad

For the better part of two days, roads in Vicksburg and Warren County have been nearly impassable. Residents have been... read more