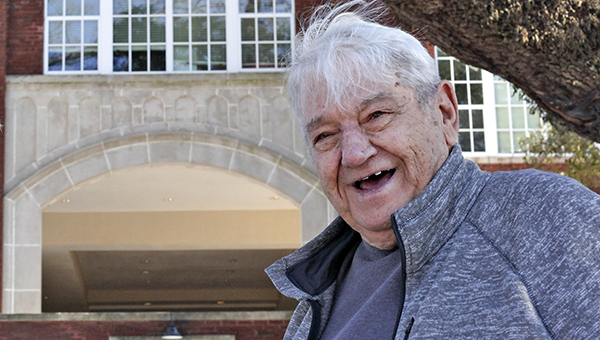 Richard Price, who overcame a humble upbringing in Vicksburg to become one of the best football players in Ole Miss history, died Tuesday at the age of 81.

Richard Price is survived by his wife of more than 60 years, Leigh; daughters Latta and Paige; and five grandchildren. No funeral arrangements have been made yet.

“He was the most amazing man ever,” Latta Price said. “He became a Christian in 1971 and has led so many people to the Lord. He’s the best example of a Christian man. He was always searching for people to help.”

Price was born and raised in Vicksburg. He grew up poor and had, by his own admission, a wild and troublesome youth. He always had a talent for football, however, and saw it as his way out.

Price led Carr Central to the 1955 Big Eight Conference championship — the equivalent of a Class 6A state title today — and was a two-time All-Big Eight selection as an offensive lineman and linebacker.

“In the environment I grew up in, I knew I had to get out of Vicksburg. There was only one way to get out for me and that was to get a scholarship,” Price said in a 2018 interview with The Vicksburg Post.

Latta Price said her father had a reputation as one of the toughest young men in Warren County and often got into trouble having to fight to prove it. She joked that his success in football turned him from a troublesome youth to a local hero.

“They kicked him out of Warren County. Then a couple of years later they brought him key to the city,” she said with a laugh. 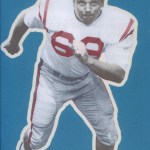 An old promotional photo of Richard Price during his playing days at Ole Miss. (Submitted to The Vicksburg Post)

Richard Price was one of the top recruits in Mississippi after his senior season at Carr Central in 1956, and he originally signed with Texas. He was soon overwhelmed with homesickness, however, and left before the start of his freshman year. He hitchhiked from Austin, Texas, back to Vicksburg and enrolled at Ole Miss to play for legendary coach Johnny Vaught.

Price immediately became a two-way star as a guard and linebacker. He started as a sophomore for the Rebels — a rare feat in those days — and was selected to the All-Southeastern Conference team in 1958, 1959 and 1960. Ole Miss had a 29-3-1 record in those seasons, won the Sugar Bowl twice and the Gator Bowl once. The 1960 Ole Miss team was named national champion by the Football Writers Association of America and six other rating systems.

“As far as I know, I’m the first sophomore to ever start for Coach Vaught,” Price said in 2018. “I had just turned past 18, and all those other guys were 23 and 24 years old. I was very young, but playing for him he just took an interest in me. When he’d get in trouble, he wanted me in the ballgame.”

Price’s football career ended in Oxford. He was selected by the Oakland Raiders in the eighth round of the 1961 American Football League draft, but never played for them. Instead he went into business. He started a successful insurance agency in Columbia in the 1960s and parlayed that into several other businesses and investments.

“He was a natural-born fighter and was so brilliant. He had a business mind,” Latta Price said. “Every business deal he did was always to leave a door open to help someone. And he was a family man like none other.”

Price became a Christian in 1971 when his daughter, Paige, suffered a serious head injury in a horse riding accident. Paige was in a coma for six weeks before making a full recovery, and in the first days after the accident Richard said his life was changed.

“So many people were shocked to believe he could become that fine Christian man,” she said.

Price was inducted into the Ole Miss Athletic Hall of Fame in 1994 and the Mississippi Sports Hall of Fame in 2019. The J. Richard Price Courage and Compassion Award was established by Ole Miss in 1998 and is given each year to a rising senior offensive lineman, and also is connected to a scholarship fund.

“I have no complaints,” Price said in 2018. “I’ve had a colorful life, a wonderful wife, wonderful children, great friends, and more than anything, a great Lord.”