Less than 3,000 remain without power in Warren County 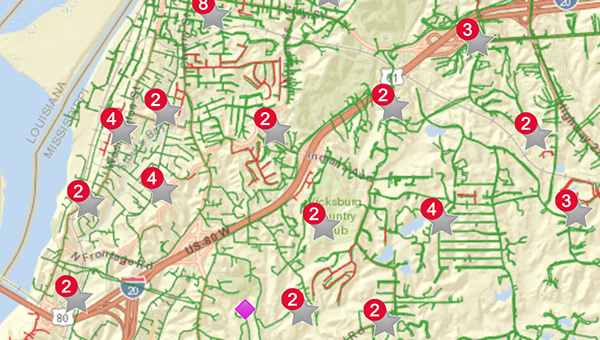 Less than 3,000 Entergy customers remain without power in Warren County, according to information from the utility.

“We’ve done pretty good,” Entergy customer service representative Shelia McKinnis said, pointing out there were more than 6,700 customers without power Friday. As of 6:30 p.m., the company was reporting 2,933 in the county without power. Most of the outages, she said, are in the areas north of Interstate 20 with 2,656.

She said 22 crews are presently in the area working on lines.