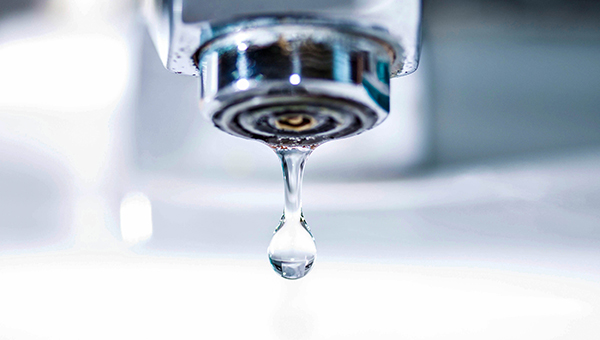 Flaggs introduced the emergency plan Sunday during a meeting with public works and utility officials.

“We’re trying to make sure everyone’s collaborating on the same page,” he said.

A combination of waterlines bursting or leaking, coupled with overuse, resulted in the system losing pressure and people began losing water service Thursday. Water service has since been restored to most of the city’s customers, but water pressure in some areas remains low.

Under the emergency plan, residents are being asked to voluntarily reduce their water consumption while city public works and utility employees search for and repair leaks and broken waterlines that are contributing to the city’s water system problems. The city remains under a boil water notice.

Residents are also asked to check their property for any leaks. If anyone is without water service, or if they see a leak, they are asked to call the city’s water and gas office at 601-636-1096.

Water is available at Fire Station 9 on Waltersville Street; Station 5 at the Vicksburg Municipal Airport off U.S. 61 South; and Station 2 on Indiana Avenue. People must bring their own containers.

Flaggs has asked business owners and managers to check their buildings to make sure none of their water systems are leaking. He also shut down all car wash businesses for the next 48 hours.

During the meeting, water and gas superintendent Dane Lovell said school district officials are checking their buildings, adding a leak at Warren Central Junior High School was discovered and repaired.

Lovell said about 85 percent of the customers on the water system have water.

“It may not be at complete pressure but they do have water,” he said.

There are some problems, Flaggs said.

“We’re looking particularly in the Beechwood and Berryman Road, those hotels on Clay Street. The restaurants on 61 North the Sky Farm area and Yokena-Jeff Davis area — we’ve got to get the pressure up there,” he said. The Yokena-Jeff Davis Water District gets all its water from Vicksburg.

Lovell said crews are still looking for problems within the system.

“We’re turning corners, looking under bridges and rights of way again, plus every street,” he said.

Flaggs said he will also look at the city’s water plant, which has a 16 million gallon per day capacity and is presently at 11 million gallons per day.

“I’m looking at an engineer to do a capacity study of the plant,” he said. “I think it’s obsolete. I think what has happened, we’ve added more residents and businesses to it since it was opened in 1968.”