Baseball, softball teams eager to return to the field 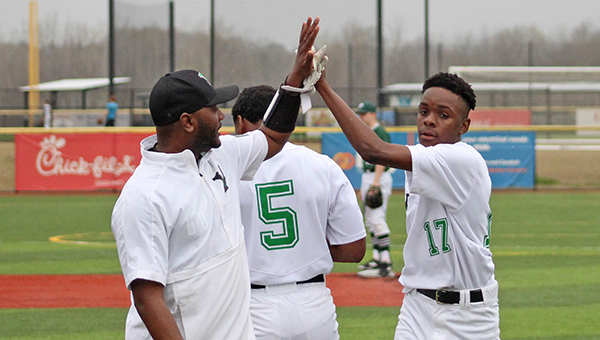 Warren County’s spring sports teams waited a year to get back on the field after the COVID-19 pandemic cut last season short. Then they waited another week when a pair of winter storms dumped several inches of rain, snow and ice all over Mississippi.

Finally, at long last, the weather is clear, the protocols are in place, and they are ready to return to action.

The spring sports season will begin this week with 17 baseball, softball, golf and tennis games and matches between Monday and Saturday. Along with the normal anticipation of a new season, opening week will be accompanied by the emotions of playing for the first time since March 2020.

“We’re definitely excited and looking forward to it. This (past) week put a damper on things. We were starting to click and had some of our best practices the week before, and then we had to shut it down for the weather,” Warren Central baseball coach Randy Broome said. “Obviously, it’s going to feel different for a lot of us. It’s been a while since we played somebody with a different jersey.”

Warren Central’s baseball team will be busy with four games this week. It will host Northwest Rankin Monday at 7 p.m. in a game rescheduled from last week, and then travel to the Jackson Metro area for three games in the Mid-Mississippi Classic Thursday, Friday and Saturday.

Broome said the busy week will allow the Vikings to get plenty of reps, but will also tax a pitching staff that was set back by last week’s weather. With the fields iced over and schools closed, no full, organized practices were held.

“We started doing intersquadding three times a week and got our pitchers up to 60, 65 pitches. Now we’ll probably have to dial that back to about 50,” Broome said, adding of the busy schedule, “It’ll at least get our pitching back in order. If everything goes right, you’re looking at 15 arms in five days.”

Vicksburg High’s baseball team opens the season Tuesday, with a road trip to Laurel. It also plays at Porter’s Chapel Academy Friday at 6 p.m. Coach Antonio Calvin said the Gators took last week’s weather delay in stride, but other problems have had a bigger effect on preseason preparation.

The Gators’ home field is being renovated and drainage issues have slowed the process. The team will play home games at Bazinsky Field and Sports Force Parks until it is ready. The lingering effects of the pandemic — specifically, the restrictions on gatherings that remain in place — have also hampered preseason practice.

“It hurts everyone that wasn’t able to prepare,” Calvin said of the weather. “And COVID hurts us with the restrictions on how many people can be in one place at one time. How many people we can have in a room while we’re teaching something, or around the hitting cage.”

Softball season was supposed to begin this weekend with the Warren Central Classic, but now will start with some run-of-the-mill midweek games. Vicksburg goes to Germantown and Warren Central to Wesson on Tuesday, with both games scheduled to start at 6:30 p.m.

Warren Central has two more games this week, Thursday at Franklin County and Friday at home vs. Florence. Vicksburg travels to Loyd Star on Thursday.

“We’re just really ready to get started and have a season again, and have the kids play again. It’s been almost a year,” Warren Central coach Dana McGivney said.

One thing affecting fast-pitch teams across Mississippi is the MHSAA’s decision to eliminate slow-pitch softball as a sport. Many coaches used it as a fall practice period to work on defense and keep players’ minds sharp, but without it Tuesday will mark the first time since March 14, 2020 that they will have been on the field for a high school game.

“It’s almost a year. We’re used to having the slow-pitch season, and with that getting cut out it hurt a lot of teams,” Vicksburg coach Brian Ellis said. “But we’re just plugging away and trying to do what we can. It’s been so long and we had so many things we’ve had to cancel, like our ugly sweater game (in December), that I’m ready to get it going.”

Both McGivney and Ellis said they were hoping to use the canceled Classic games and the first week of the season to tinker with lineups and make roster decisions. That process will now be condensed a bit.

“We’ve got a whole different team. We graduated five starters. That’s one of the reasons we were disappointed not to be able to play (Saturday), was because we know we’re going to have several different lineups. I wanted to use three different lineups,” McGivney said. “It should be a good first week for us.”