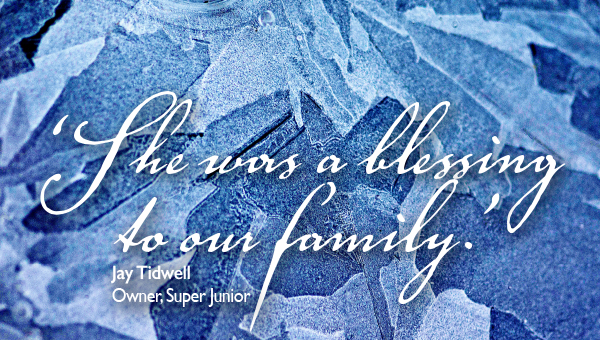 A Warren County woman died Sunday following prolonged exposure and the effects of hypothermia after slipping and falling early Sunday morning outside her Lowery Road home.

Pearl Deckard, 66, reportedly slipped and fell as she walked outside her home at around 1 a.m. Sunday, but was not found until hours later. She was transported to Merit Health River Region where she was pronounced dead in the hospital’s emergency room.

According to reports from the Warren County Sheriff’s Office, deputies responding to a call from a trailer park on Lee Road searched the area north and south of the trailer park.

The deputies discussed with County Fire Coordinator Jerry Briggs about getting volunteers to expand the search at daylight when they received a call about 4 a.m. that a man had found his wife unconscious in the backyard of their Lowery Road home, a half-mile from the trailer park.

While warmer than it had been in previous days, the temperatures early Sunday morning did fall and remain below freezing.

Deckard was a longtime employee of Super Junior on U.S. 61 North.

“She was a blessing to our family,” Super Junior owner Jay Tidwell said. “She started with me close to 30 years ago. At the time she was a cashier; we probably had seven employees total.”

“She’d be a friend to the employees but also hold them accountable for their job,” Tidwell said. He recalled when he was ill for about a year, he turned over the hiring and management of the business to her “and she really took over and carried things forward when I needed it and always has.

“I think her biggest attribute was being trustworthy, dependable,” he said. “She just knew how to deal with people — customers and employees to keep them happy. She is going to be missed.”

Funeral arrangements for Deckard are incomplete at this time. Glenwood Funeral Home is in charge of the arrangements.