Anderson’s big night propels Gators past Saltillo in 5A playoffs 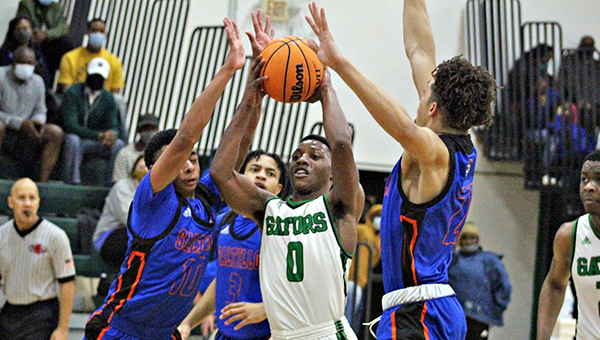 Saltillo’s game plan for beating Vicksburg High on Tuesday was to take away the Gators’ big man inside and its best 3-point shooter.

For the most part, it did. And it did not matter.

Datrick Anderson made six 3-pointers — four of them in a decisive second quarter burst — and finished with a game- and season-high 18 points as the Gators rolled to a 75-58 victory in the first round of the MHSAA Class 5A boys’ basketball playoffs.

“He had made up his mind that he was going to stop (Jaden Williams and Talon Smith),” Vicksburg coach Kelvin Carter said, referring to Vicksburg’s 6-foot-7 forward and sharpshooting guard, respectively. “And (Anderson), they just left him wide open. He’s not the fastest guy in the world, but he can shoot. He took the game and rolled with it.”

Williams only finished with three points and Smith had nine — they are averaging a combined 25.6 points per game — but Anderson and plenty of other players stepped up to fill their scoring void. 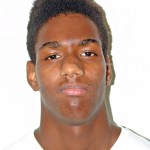 All of Anderson’s points came on 3-pointers. He made four in the second quarter to help the Gators take a 39-22 lead at halftime, and two more in the third when they pushed the margin to 60-36 at the end of the period. Saltillo (6-6) never got closer than 15 points in the second half.

Carter was pleased with the Gators’ balanced scoring, which he said shows the kind of depth they’ll need to make a deep playoff run.

“I’ve been telling Talon all season, ‘You’re the best decoy we’ve got, because they’re going to guard you.’ That opens things up for (Keshawn Brown), and J-Will and Datrick, and guys coming off the bench,” Carter said. “We’ve got seven or eight guys that can play a little bit. It’s very special when you’ve got some guys that can come in with some heat.”

Vicksburg (15-7) advanced to the second round of the state tournament for the second year in a row, but it has not been past that point since reaching the Class 5A championship game in 2014. It will try to end the streak on the road, Thursday at 6 p.m., against Region 3-5A champion Holmes County Central (6-4).

Vicksburg won 68-58 when the teams played each other in early November, but Carter said shifting lineups and hot and cold streaks for each team over the course of 3 ½ months since then made it difficult to take too much away from that.

“They were here and they were tough. But if we go up there and play Gator basketball — and we’ve been playing well — I think we can move on,” Carter said. “They’re physical. They’ve got a 6-6 and a 6-5, and they’ve got big guards. They’re aggressive, and it’s a hostile environment.”