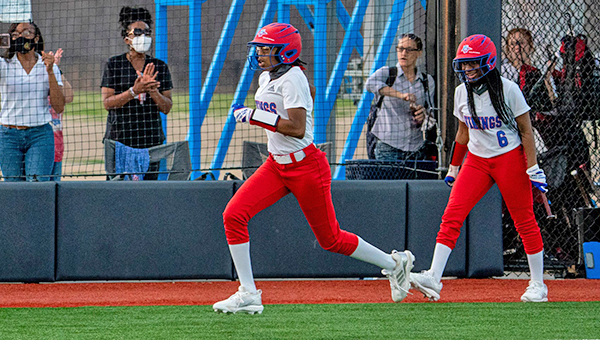 For the first time in nearly two years, Warren Central walked off the field without knowing the thrill of victory.

Gabby Hoffman went a combined 6-for-9 with two doubles, four RBIs and four runs scored as Florence swept a doubleheader from Warren Central, 13-6 and 12-6, Friday at Sports Force Parks.

The losses were Warren Central’s first since the 2019 season. It won its first 12 games in 2020 before the season was cut short by the COVID-19 pandemic, and had a win and a darkness-shortened tie in its first two outings in 2021.

Florence scored eight runs in the first two innings of game one of the doubleheader. Warren Central kept up for a moment, cutting it to 8-6 after two innings, but did not score again and lost 13-6.

In game two, Florence’s Jessie Broadwater capped an eight-run fourth inning with a two-RBI double as the Lady Eagles rolled to a 12-6 victory. Warren Central cut what had been a 10-run deficit to six in the bottom of the seventh inning, but never got close to bringing the tying run to the plate.

For Warren Central, Kamryn Morson went 4-for-8 in the doubleheader, with two doubles and four RBIs. Jill Smith had three hits and scored three runs.

In game two, Abby Morgan was 3-for-4 with a triple and two RBIs.

The St. Aloysius Flashes tested themselves against one of the best baseball teams in the Mississippi Association of Independent Schools... read more