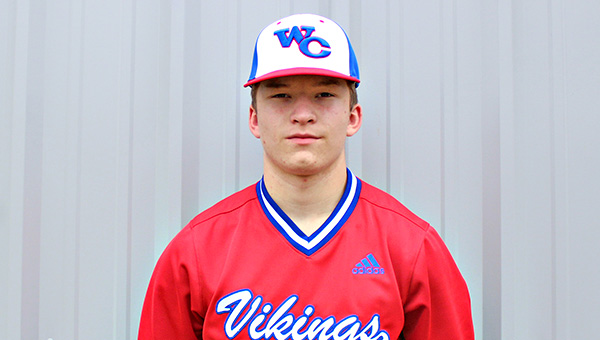 Warren Central’s Braxton McCurley went 2-for-3 with a solo home run in a 4-3 loss to Hillcrest-Tuscaloosa (Ala.) on Saturday.

Warren Central is still looking for its first win of the season, but found a silver lining Saturday by pulling out of a weeklong funk.

Luke Williams doubled twice and scored a run, and Braeden Brown drove in a pair of runs as Alabama Class 6A powerhouse Hillcrest-Tuscaloosa beat Warren Central 4-3 in the final game of the Mid-Mississippi Classic.

Brown hit an RBI single and scored during a three-run first inning that gave Hillcrest the lead for good. Brown drove in another run with a ground out in the second inning to put Hillcrest ahead 4-1, but it wasn’t able to add to its total after that.

Warren Central sophomore pitcher Jack Wright allowed one run in five innings of relief. He walked three batters, allowed three hits, and struck out one while holding Hillcrest in check and giving the Vikings a chance to mount a comeback.

Kylan Landers hit an RBI double in the fourth inning and Braxton McCurley homered leading off the fifth to pull the Vikings to within 4-3, and they had a couple of chances to take the lead.

An inning-ending double play ended one threat in the fifth. Then, in the seventh, the Vikings had runners at second and third with two outs before Hillcrest’s Ashton Bragg escaped the jam with a game-ending strikeout.

McCurley and Seth Sterling both had two hits and an RBI for Warren Central (0-4), which has yet to win a game but turned in its best performance of the young season.

The Vikings had been outscored 32-6 and managed only seven hits total in their first three games. They had nine hits Saturday.

Warren Central’s next game is Tuesday at 7 p.m., at Tri-County Academy in Flora. They will then host Parklane Academy Thursday at 7 p.m., and Richland next Saturday at 1 p.m.

For the first time in nearly two years, Warren Central walked off the field without knowing the thrill of victory.... read more