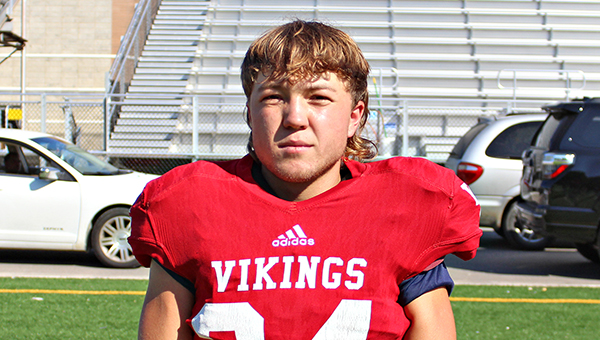 Lane Gordon didn’t have any competition at the MHSAA Region 2-6A powerlifitng meet on Saturday, in both a literal and historical sense.

The Warren Central sophomore set three meet records and finished with a total weight of 1,020 pounds in the squat, bench press and deadlift to win the region championship in the 132-pound weight class.

Gordon was the only lifter competing at 132 pounds, but his record-setting performance showed he likely would have won even against a full field of opponents.

Gordon’s total weight, as well as his 410-pound squat and 215-pound bench press, were meet records. He deadlifted 395 pounds. His bench press broke the record of 200 pounds set by Warren Central’s Steven Moore in 2010.

“He was there just to set a record,” Warren Central coach Chad McMullin said. “He set the squat record and blew it away by 20 or 30 pounds. He beat the bench record by 15 and it’s been sitting there since 2010. We decided to save him for next week and didn’t go for the deadlift record.”

Gordon won the region championship for the third consecutive year, in the third different weight class, and will now try to accomplish the same feat at the Class 6A North State meet next Saturday at Lewisburg High School.

Gordon won the North State title at 114 pounds in 2019 and finished sixth in the state meet. He won North State again in 2020 at 123 pounds, but the state meet was canceled because of the onset of the COVID-19 pandemic.

This year’s state meet is April 10 at the Mississippi Coliseum in Jackson.

“He won North State in two different weight classes and should win it again this year. He’s got about a 210-pound advantage on the second-place guy from the other regions,” McMullin said. “I don’t see anybody being close to him in the North. There’s a kid from Harrison Central in the South who is a senior and he totaled 1,200 pounds, so it should be between those two at state.”

The top three lifters in each weight class advance in each round of the postseason. Gordon was the only Warren Central lifter to move beyond the region meet. McMullin said youth, a lack of practice meets and last week’s winter storm that hampered training all combined to hurt the team’s performance.

Saturday’s region meet was not only the postseason opener, it was the first meet of any kind this season.

“When that’s the first meet of the season, it kind of stinks,” McMullin said.

The Vicksburg Post welcomes your items for the Game Plan. Submit items by email sports@vicksburgpost.com and include the name and... read more