Sports column: Thirty minutes inside the brain of a sports writer 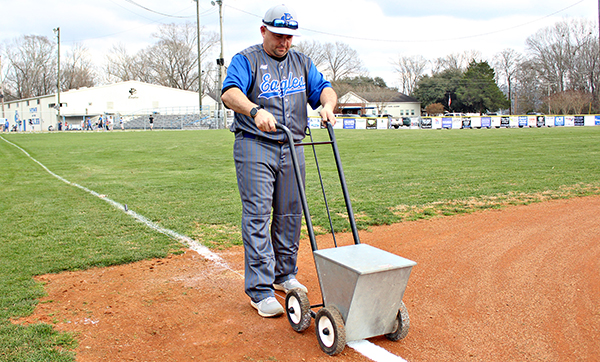 Sitting here on a Friday morning, waiting for them to change the oil in the car, seems as good a time as any to spend about 30 minutes writing a weekly column. With no one coherent theme in mind, and since it’s been at least three weeks since I did it, that means it’s also a perfect time to go back to the old “random thoughts” gimmick.

These are the things running through my mind, some sports-related and some not, between 9:10 a.m. and 9:40 a.m. on Friday.

Neither result was a total shocker. Holmes County Central and Neshoba Central are both state championship contenders in their own right. It was a little disappointing, though, since both Vicksburg teams were capable of making a deep playoff run. Sometimes you just have the bad luck of running into another good team way too early in the tournament.

Both the Gators and Missy Gators have plenty of young talent, however, and should be a factor in the playoffs next season.

• How did Mother Nature strap a Saturn V rocket to her back to launch from the dead of winter to mid-spring literally overnight?

This time last week we were living in an apocalyptic Arctic hellscape. Today, people were wearing shorts. It makes no sense.

• Speaking of launching into spring, it didn’t take long for spring sports to completely take over the schedule. Between baseball, softball, golf, tennis and track there were nearly two dozen events on the schedule this week. This pace will continue until mid-April, without much let up.

Concession stands will make a killing, but parents and sports writers trying to get to as many games as possible will scream for mercy by March 10.

• Indianapolis Colts wide receiver DeMichael Harris returned to his alma mater, St. Aloysius, to speak to students on Thursday. He also stood in the carpool line before school to greet folks. Nothing like coming to school and having an NFL player randomly show up to say hello. DeMichael is, as they say, good people. Definitely someone everyone — and not just the kids — can look up to.

• The blue disposable facemasks they sell by the 50-pack are handy to keep in the car, but they have a funny smell to them. It’s like a cross between new car and antiseptic. Not sure I’m a fan after smelling it for an hour or two, when stale breath is added to the mix.

• Listening to some of the daytime TV shows playing in the car dealership’s waiting room make me glad I have a job to go to in the morning. There is a lot of nonsense on TV between the time the news goes off at 9 a.m. and the Price is Right comes on at 10.

Looking at you, Rachael Ray.

• Will we ever find out who tried to steal Deion’s stuff, and why they were doing it? A burglary in a stadium, in the middle of the game, is one of the most bizarre sports stories ever.

Looks like the oil change is done, so it’s time to wrap up. You came for the sports and stayed for the stream of consciousness. You’ve been a great audience. Enjoy the Gaslight Anthem and tip your waitress.