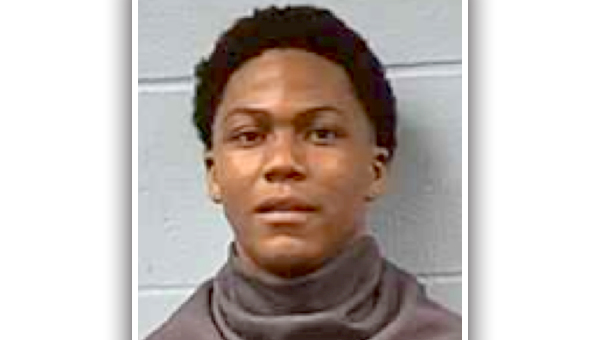 A Vicksburg teenager is facing multiple felony charges after being arrested late Monday in connection to a drive-by shooting on Feb. 26 on Court Street.

Jadarius Funches, 15, of Vicksburg was arrested at a home in the Kings community shortly after 9 p.m. Monday. In addition to facing charges connected to the drive-by shooting that injured one person, he faces a laundry list of other felony charges.

Funches has been charged with armed robbery for the robbery of an individual in July 2020. He received a second armed Robbery charge for the theft of a firearm from an individual in October 2020. A gunfight in the Motel 6 parking lot on Feb. 21 resulted in Funches being charged with one count of drive-by shooting and two counts of shooting into an unoccupied vehicle.  He is also charged with one count of receiving stolen property in relation to the theft of a 2018 Toyota Corolla on Arthur Street on Feb. 26, followed by one count of drive-by shooting and one count of aggravated assault for the shooting of a 16-year-old male on Court Street later that day.

Funches appeared before Judge Angela Carpenter in Vicksburg Municipal Court Tuesday, who set his bond at $700,000 and bound his case over to the grand jury.

Profile 2021: Just a few more years for this one time capsule

It was 1976; the year the United States celebrated its bicentennial. People from across the country were gearing up for... read more