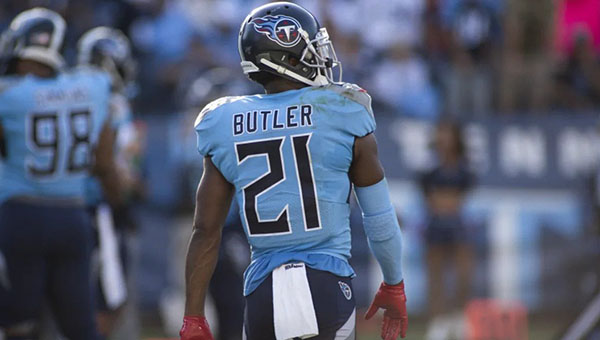 Butler, a native of Vicksburg, signed for more than $60 million in March 2018 after leaving New England as a free agent. He was due $11 million in base salary this season and $11.2 million in 2022. But Butler had the team’s third-highest salary cap hit at $14.2 million for this season trailing only Ryan Tannehill and safety Kevin Byard, according to Spotrac.com.

Releasing Butler, who turned 31 last week, is expected to save the Titans more than $10 million against the salary cap as they try to create space for free agency.

Butler won two Super Bowls with New England and earned his lone Pro Bowl selection while playing for them in 2015. He joined the Titans as a free agent prior to the 2018 season.

Butler started 36 of the 45 games he played in for Tennessee. After missing the last seven games of the 2019 season because of a broken arm, he bounced back in 2020 to have his best season with the Titans.

Butler started every game and had a career-high 100 tackles in 2020, which was the most in the NFL among cornerbacks. He ranked second in the NFL in interception return yardage, and was tied for eighth in passes defended (14) as the Titans won the AFC South championship.

Lady Vikes rally from seven runs down to beat Pearl

What looked like it might be a long night for the Warren Central Lady Vikes turned into one they’ll remember... read more