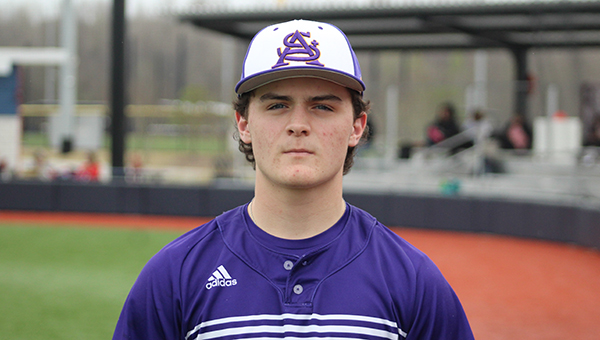 This week has gotten off to a good start for the St. Aloysius Flashes.

Adam Francisco and Cole Autrey each drove in three runs and scored two, Conner Paxton went 1-for-3 with two RBIs and two runs scored, and St. Al hammered Hillcrest Christian 18-0 on Tuesday for its second run-rule victory in as many days.

The Flashes (7-2) have outscored their two opponents so far this week, Indianola Academy and Hillcrest, by a combined scored of 28-0.

Autrey hit a two-run single and scored on a base hit by Wes Warnock as the Flashes jumped out to an 8-0 lead in the first inning Tuesday. Two walks, two hit batters and two Hillcrest errors also helped that rally along.

Hillcrest committed six errors in the game, and its pitchers walked nine batters. Tristan Wilbanks, who went 2-for-3 with one RBI and one run scored, was the only St. Al player with more than one hit.

Brandon Steed started on the mound and pitched 3 2/3 innings. He allowed one hit and three walks, and struck out eight.

Germantown took the lead for good with four runs in the second inning, and pulled away by scoring seven more from the fourth inning on.

Seth Sterling had two hits for Warren Central (1-6), while Braxton McCurley and Kyland Landers each drove in a run.

Warren Central will play a home-and-home series with Brandon this weekend. Friday’s game is at Brandon at 7 p.m., and the teams will play at Viking Field Saturday at 1 p.m.

Rodrick Simpson went 3-for-4 with two doubles and three RBIs for Natchez (4-1), and Winchester was 1-for-3 with one RBI and two runs scored.

Vicksburg pitcher Tyler Sanders allowed six runs in four innings, but only one of the runs was earned as the Gators committed four errors. Sanders finished with seven strikeouts.

Vicksburg will play Pearl Friday at 6 p.m. at Bazinsky Field.

Jacob Martin’s two-run single in the third inning gave Tallulah a 3-2 lead, and it never trailed again. Morgan hit an RBI single and scored on another single by Marsh Wood in the fourth inning, and Wood scored on a single by Walker Sullivan to make it 7-2.

Lady Vikes come from behind — again — to beat Vicksburg

With a roster loaded with freshmen and sophomores, one of the early-season goals for Warren Central’s softball team was to... read more