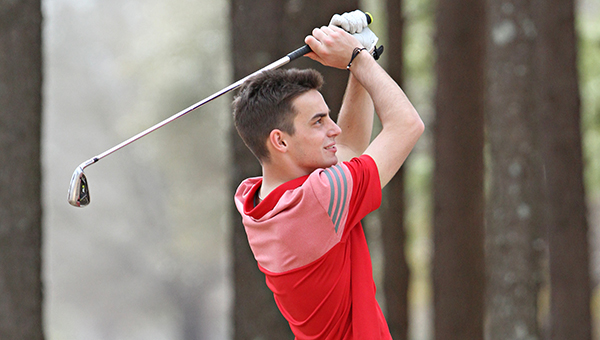 Led by medalist David Beard, the Jaguars had five golfers in the top nine to earn a 22-stroke win over Germantown.

Beard shot a 70, while Spence Davis was third with a 76, George Tickner tied for fifth with a 79, and Tucker Gutierrez and Davis Mercer tied for ninth place, each with an 82.

Madison Central carded a 307 team score — only the top four golfers from each team count for the team total — and Germantown was second at 329. Northwest Rankin had two golfers in the top three — runner-up Tanner Harrison (74) and Hunter Bell (76), but finished third with a team score of 340. 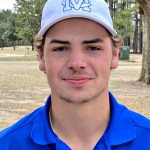 A total of eight teams and 50 players participated in the tournament. Clinton was fourth, at 357 and Brandon was fifth with a 376. Tournament host Warren Central shot 383 to come in sixth, and was followed by St. Aloysius (400) and Mendenhall (407).

The top Warren County finisher was Warren Central’s Hartley Sullivan. He shot a 79 to tie Tickner for fifth place, and was the only player for Warren Central to break 100.

Jackson Lafferty and Brandon Turner each shot 100 on the nose for the Vikings and finished in a tie for 30th place, while Hayden Jones shot 101.

The Vikings had a total of nine golfers in the tournament. Harber Williams, Zac Boyd, James McKenna, Tyler Smith and Keegan Whitney teed it up, but none shot better than Williams’ 103.

Vicksburg High had one golfer in the tournament, Devan Bernard. He shot 126.

St. Aloysius’ Will Keen finished 17th after shooting an 87, and was his team’s top finisher.

Caleb Tucker finished in a tie for 27th place with a 97, Thompson Fortenberry shot 102, Aidenn Dickerson was at 114 and Zachary Cowart tied Bernard at the bottom of the leaderboard with 126. 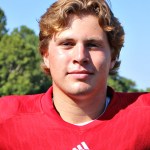 Thursday’s tournament was the second this week at Clear Creek — Warren Central’s girls played one there on Tuesday — and the second of three for the boys’ teams in Warren County this season.

Warren Central and St. Aloysius will both play in the Warren Central Invitational April 8 at Vicksburg Country Club. Warren Central will then host the MHSAA Region 4-6A Tournament April 20 at Clear Creek. The latter two tournaments will include both boys and girls’ golfers.