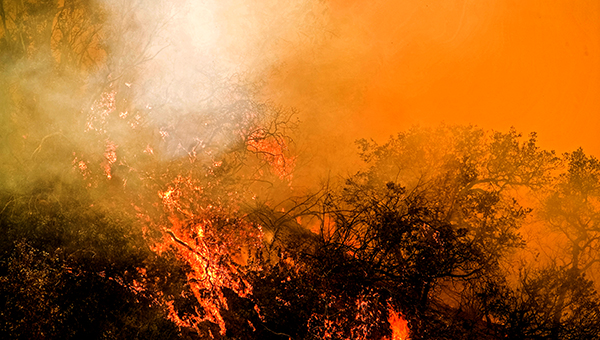 Dry weather over the past 12 days in Warren County has raised possible concerns about whether the Mississippi State Forestry Commission may issue a burn ban for the area.

Warren County Fire Coordinator Jerry Briggs said he plans to check with the Forestry Commission Monday to learn if it will order a burn ban.

“I’ll know then if Forestry will approve it,” he said.

According to the National Weather Service, Warren County as of Thursday was 8.1 inches below its normal rainfall for the year and 1.5 inches below normal for March.

“This month, it’s been relatively dry,” said Daniel Lamb, a meteorologist with the National Weather Service Office in Jackson.

The last rain in the area occurred March 1-2, when a total of .52 inches fell in the area, according to Weather Service records.

Lamb said rain is forecast for Sunday evening and into the first part of the week.

“We have a front that will move in Sunday night and for the Vicksburg area it will probably be after sunset before any rain arrives,” he said.

The front, he said will become stationary so the rain chances will be hanging around the early and middle part of the week. Another system will follow Wednesday with another chance of rain followed by dry weather by the end of the week.

The cumulative amount of rain produced by the two systems is forecast at 2-to-3 inches spread out over the period, Lamb said.

The total, he said, “is going to help us start in the right direction (toward normal amounts). It’s probably not going to make up everything at once.”

Briggs cautioned against thinking the rain will alleviate the dry conditions.

“This time of year, a little bit of rain doesn’t do anything for you,” he said. “With the wind and the (low) humidity, it (grass) dries out on top quick. It may be muddy but it’s dry on top. Rain is like a one- or two-day fix. As soon as the wind kicks up and starts blowing it dries the grass out.”