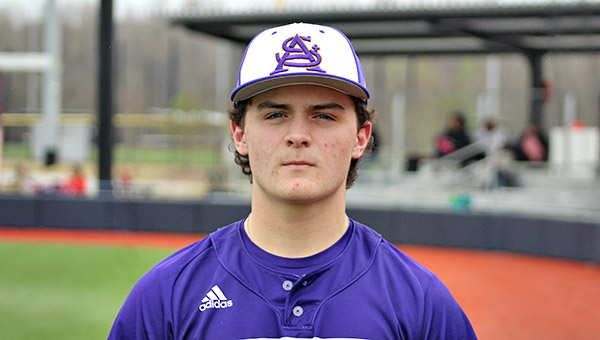 The St. Aloysius Flashes are starting to make it a habit of taking mercy on their beaten foes.

It was St. Al’s fourth win this week, all by the mercy rule that ends games if a team is ahead by 10 or more runs after five innings. It outscored its opponents 58-4 in five games total this week, with a 1-0 loss to Hillcrest Christian mixed in.

After a scoreless first inning Saturday, St. Al (9-3) went to work. Wes Warnock hit a two-run single, and two more runs came across on an error to put the Flashes ahead 4-0 in the second inning. They added six runs in the third — Conner Gaul hit a two-run double — and two more in the fourth.

Warnock finished the game 2-for-4 with two RBIs, while Gaul drove in three runs and scored two.

Francisco allowed two unearned runs, on one hit and one walk, and struck out six before giving way to Warnock for the final two outs of the game.

Gage Palmer singled in the fourth inning for PCA’s only hit, and also scored a run in the same inning.

St. Al will return to action Monday, when it plays Terry at 3 p.m. at Sports Force Parks as part of the Bluff City Brawl spring break tournament. St. Al will also play Pisgah on Tuesday at 3 p.m. at Warren Central.

Warren Central will play two games Tuesday at its home field, against Pisgah at noon and Germantown at 6 p.m.

Vicksburg will face Richland and Northwest Rankin on Tuesday at Sports Force, at 3 and 6 p.m., respectively.

Porter’s Chapel (3-6) will not play in the Bluff City Brawl. It has two district games against Greenville-St. Joseph instead, Tuesday in Greenville and Thursday at its home park. Both games begin at 6 p.m.

Brandon 12, Warren Central 0
Brandon jumped on Warren Central for eight runs in the first two innings Saturday and never looked back as it completed a sweep in a home-and-home series between the teams.

Will Martin went 3-for-3 with a double and three RBIs for Brandon. He singled in two runs during a five-run rally in the first inning, and the Bulldogs tacked on three more runs in the second. Kandin Williams drove in four runs, but the Bulldogs mostly took advantage of Warren Central’s own mistakes.

The Vikings (1-9) committed six errors that led to 11 unearned runs, and three pitchers combined to walk five batters and hit three more. Two of the walks came with the bases loaded.

Pearl 9, Vicksburg 4
Austin Green went 2-for-4 with a double and two RBIs, Cade Chism was 2-for-4 with one RBI and two runs scored, and Pearl used a late-inning surge to beat Vicksburg in extra innings on Friday.

Pearl (8-4) scored all of its runs from the sixth inning on. It scored twice in the top of the seventh, on a hit batter with the bases loaded and a sacrifice fly by Green, to tie the game at 4, and the exploded for five runs in the eighth.

Chism singled in the go-ahead run in the top of the eighth and later scored a misplayed fly ball that allowed two runs to cross the plate.

Derrick Brown went 2-for-5 with one RBI and two runs scored for Vicksburg, Kentrez Bershell was 2-for-4 with two RBIs, and Tyler Carter had two hits and one RBI.

Vicksburg starting pitcher Kealon Bass threw five shutout innings. He only allowed one hit and two walks while striking out two, but wound up with a no-decision when the bullpen could not hold a 3-0 lead. The Gators’ relievers walked four batters and hit three in three innings.

Before they took a week off for spring break, Vicksburg High and Warren Central’s softball teams put in one last... read more