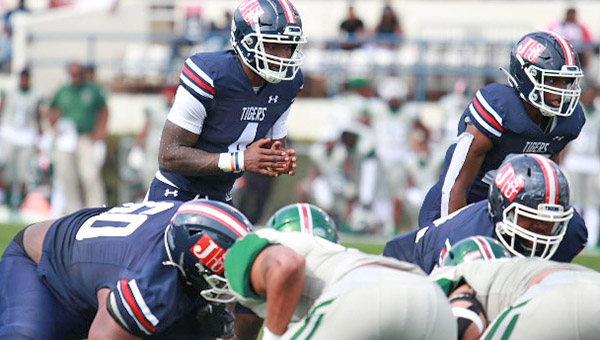 In the second quarter, the Tigers erupted for 24 points, including three touchdown passes from Jones to junior Daylen Baldwin covering 30, 38 and 20 yards.

Noah Anderson added a 29-yard field goal with 4:40 remaining to give the Tigers a 30-0 lead at halftime.

Jones finished 14-for-27 passing for a career-high 250 yards, three touchdowns and no interceptions. He also ran for 48 yards and a TD.

Baldwin had six receptions for a career-high 136 yards and three touchdowns. Corey Reed, Jr. had a breakout performance with five receptions for 120 yards.

Cornerback Alexander Shaw, a former Warren Central star, finished with a game-high 10.5 tackles. He also broke up two passes and forced a fumble.

JSU sacked Delta Devils quarterback Jalani Eason five times. Eason completed 17 of 34 passes for 117 yards, with no touchdowns and one interception. He added 28 rushing yards and one touchdown, an 11-yarder in the fourth quarter.