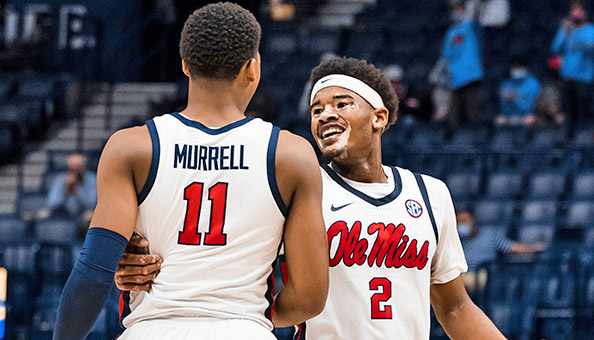 Ole Miss and Mississippi State were both passed over by the NCAA Tournament selection committee — at least for now — but both of their seasons are far from over.

The Rebels and Bulldogs were both selected as part of the 16-team field for the National Invitation Tournament announced Sunday evening.

“Proud of our players and staff!” Ole Miss head coach Kermit Davis posted on Twitter Sunday evening. “We had some holes in our resume like many others but to win 8 of 11 down the stretch in the 3rd toughest league in America is hard to do.”

All NIT games will be played in Frisco, and Denton, Texas. Games begin Wednesday, and the championship game is March 28.

Because of the threat of COVID-19, the NCAA Tournament selection committee placed four teams on “standby” in case one of the 68 in the bigger tournament are unable to go. Ole Miss is No. 4 on that list, behind Louisville, Colorado State and Saint Louis.

Virginia and Kansas both had to bow out of their conference tournaments late last week because of positive COVID-19 tests.

If Virginia, Kansas, or any other team from a league with multiple bids has to opt out of the NCAA Tournament because of ongoing issues with the virus, the NCAA will replace them — in order — with one of the four teams on standby. The incoming team will take the position on the bracket of the team it replaces.

If a team from a one-bid league must be replaced, a team from the same conference will be selected.

Under the NCAA’s rules, the deadline to select a replacement team is 5 p.m. Tuesday.

For teams unable to play due to medical reasons after the deadline has passed, the game will be declared a no-contest and their opponent will automatically advance. There will be no seeding changes once the tournament begins.