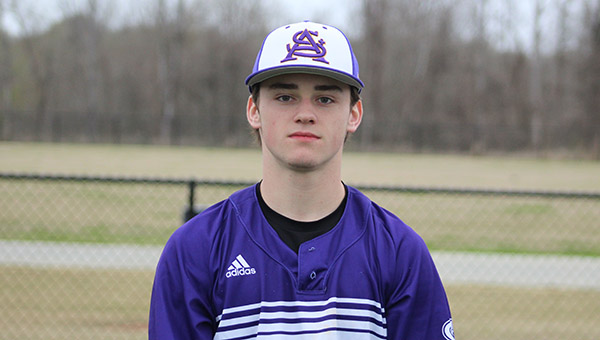 St. Aloysius baseball player Wes Warnock went 3-for-4 with a double, three RBIs and three runs scored in a 15-11 win over Richland on Monday.

St. Al wiped out a four-run deficit by scoring six runs in the fifth inning — the last two on a go-ahead single by Brandon Steed — and beat Richland 15-11 at the Bluff City Brawl spring break baseball tournament Monday at Sports Force Parks.

It was the fifth time in six games that the Flashes (10-3) have scored at least 10 runs. The first four ended in five-inning, mercy rule shortened victories. For the season, they are averaging nearly nine runs per game and they needed to surpass that mark to win Monday.

Richland scored three runs in each of the first three innings, and tacked on a single run in the fourth, to race to a 10-6 lead.

Marcus Jackson went 3-for-4 with a triple, two RBIs and two runs scored for Richland, while Bryce Adcock doubled, scored a run, and drove in a run with a single in the third inning.

St. Al stayed in striking distance by scoring in every inning, and finally pushed past the Rangers with a big rally in the fifth.

The Flashes collected four hits while batting around. They tied the game on a two-run double by Wes Warnock and then took a 12-10 lead on Steed’s single to right field.

Richland got a run back in the bottom of the fifth on an RBI single from Tyler Moak, but St. Al answered with a run in the sixth and two more in the seventh. Tristan Wilbanks hit an RBI single in the seventh, and another run scored on an error to put the Flashes ahead 15-11.

Warnock finished the game 3-for-4 with a double, three RBIs and three runs scored. Steed had two hits and drove in three runs, while Carter Magee was 2-for-3 with four runs scored.

Wilbanks had one RBI and scored a run, and was also one of the few effective pitchers for either side in a game that only had two scoreless half-innings. Wilbanks earned the win by allowing one unearned run in 3 2/3 innings of relief. He allowed three hits and two walks, and struck out six.

Warren Central and Vicksburg High will also be in action at the spring break tournament, after sitting out Monday’s games.

Warren Central will play Pisgah at noon and Germantown at 6 p.m., both on its home field.
Vicksburg, meanwhile, will face Richland and Northwest Rankin at Sports Force Parks, at 3 and 6 p.m., respectively.

Games at Sports Force Parks and Warren Central on Tuesday will begin at noon and continue through the day, with the last beginning at 6 p.m. In addition to the Warren County teams, those playing Tuesday include Winona Christian, Richland, Clinton Christian, Tensas Academy, Germantown, Northwest Rankin, East Rankin Academy, Greenville-St. Joseph and Pisgah.