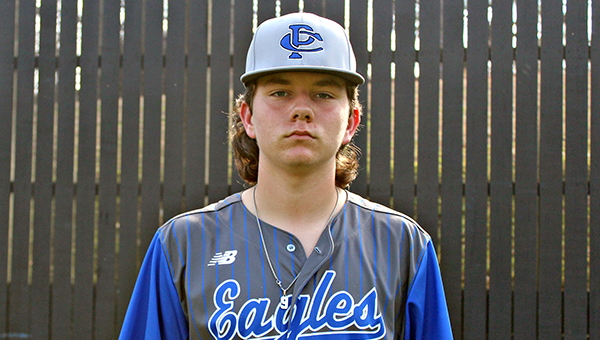 Zach Ashley hit two doubles, including one that drove in a run during a big sixth-inning rally, and Porter’s Chapel Academy beat Greenville Christian 4-3 on Tuesday for a big district victory.

Ashley went 2-for-3 with one RBI, and Chase Hearn also drove in a run for the Eagles (4-6, 2-0 MAIS District 4-2A), who stayed in first place in their district.

Ashley’s RBI double capped a three-run burst in the sixth inning that gave the Eagles a 4-1 lead. Three walks and an error led to Ricky Carraway scoring the go-ahead run earlier in the inning, and Taylor Osborne scored on a wild pitch to make it 3-1.

PCA freshman pitcher Gage Palmer (4-1) turned in another strong performance on the mound. He allowed three runs, all unearned, on three hits and one walk while striking out 11. Palmer has 43 strikeouts in 30 innings pitched this season.

PCA and Greenville Christian will play again Thursday at 6 p.m.

Vicksburg 9, Natchez 8
Kealon Bass hit a walk-off RBI single in the bottom of the seventh inning to give Vicksburg (3-4) a victory over Natchez on Monday.

Bass’ hit came after Derrick Brown drew a bases-loaded walk to tie the game at 8, and capped a wild game. The Gators let an early 5-1 lead slip away, and then rallied from an 8-6 deficit heading into the bottom of the sixth.

Bass finished the game 3-for-5 with three RBIs, while Brown was 2-for-3 with two RBIs and two runs scored. Chris Green also had two hits and scored two runs, and earned the pitching victory with two innings of solid relief work.

Green allowed an unearned run in the top of the sixth, but retired the side in the seventh to enable the Gators’ final comeback.