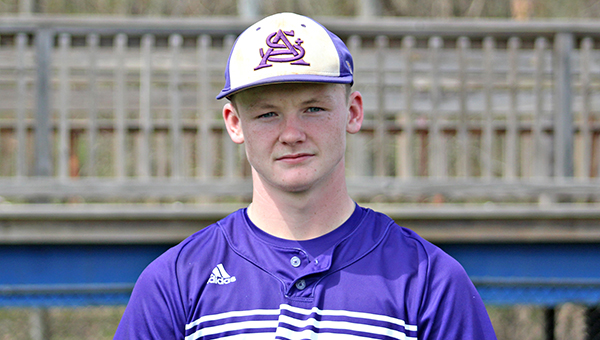 The St. Aloysius Flashes wasted no time Saturday hitting their offensive quota for the day.

Thirteen of the Flashes’ first 14 batters of the game reached base — nine of them via a hit — and they scored 12 runs in the first inning to wipe out crosstown rival Porter’s Chapel Academy 19-2.

St. Al (12-3) posted its highest run total of the season, and scored in double figures for the eighth time in 14 games.

Brandon Steed had two hits, including a home run, and three RBIs in the big first inning. Adam Francisco doubled in two runs, singled and scored twice, and the Flashes sent 16 batters to the plate in all.

Francisco’s two-run double was followed by Steed’s two-run homer, both on their second trip to the plate and on back-to-back pitches, and made it 11-0.

Steed finished the game 2-for-3 with four RBIs, and Francisco was 2-for-3 with three RBIs and three runs scored. Wes Warnock also had three hits and scored three runs, while Carter Magee, Conner Paxton and Ben Raines all drove in three runs apiece.
St. Al finished with 16 hits as a team. Eight of its nine starter had a hit and scored a run.

Porter’s Chapel (6-7) managed to stop the bleeding for a bit after the first inning, and even got a couple of runs back before the game ended via the mercy rule after five innings.

John Wyatt Massey reached on an error leading off the second inning and scored on a ground out by Ricky Carraway. In the third inning, Jace Riggs hit an RBI single to make it 12-2.

Riggs couldn’t avoid St. Al’s hot bats forever, however, and they woke up from their brief nap in the top of the fourth inning.

Conner Gaul hit an RBI single, Steed drove in another run with a sacrifice fly, and Ben

Raines hit a two-run double as the Flashes scored seven runs to push the lead to 19-2 and end any thoughts of a miraculous comeback by PCA.

St. Al run-ruled Porter’s Chapel for the second time in a week, after taking a 12-2 decision on March 13. The Flashes will play at Simpson Academy Tuesday at 6:30 p.m., and then host Simpson in a doubleheader at Bazinsky Field Friday at 4 p.m.

Porter’s Chapel, meanwhile, had a three-game winning streak snapped. It will host Tri-County Monday at 6:30 p.m., and then play a home-and-home series with MAIS District 4-2A rival Manchester.

PCA and Manchester will play at PCA Tuesday at 6 p.m., and then at Manchester Thursday at 6.

The days when Natica Johnson could fly through the air or spring across the floor with the greatest of ease... read more