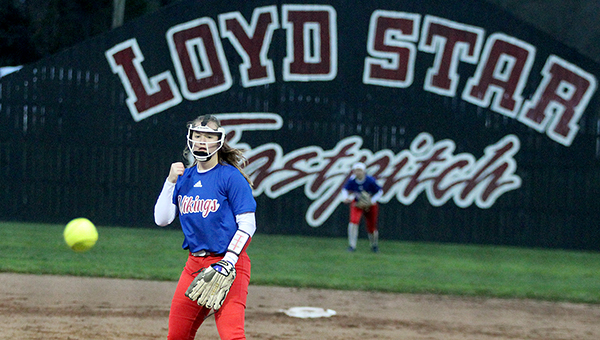 Warren Central’s bats returned from vacation a little early, and the Lady Vikes got ready for the real work of the season by beating Loyd Star.

Sarah Cameron Fancher went 3-for-5 with three RBIs, Abby Morgan also had three hits and drove in a run, and the Lady Vikes beat Loyd Star 11-5 on Friday.

Warren Central (6-4-1) scored in every inning except the second, and finally gained some separation from the Hornets by pushing across four runs in the top of the seventh.

“They don’t quit. Whether we’re up or we’re down, they play hard, and if they have a bad at-bat they come back the next at-bat and they battle,” Warren Central coach Dana McGivney said. “They just keep pushing and pushing, and that’s all we can ask.”

Five of Warren Central’s 12 hits were doubles. Annalyn Nevels had two, while Morgan, Mary Evelyn Hossley and Kayleigh Karel hit one each.

Three of the doubles came during the big seventh inning. Nevels led off with a double, and then scored on Karel’s two-run double. Karel, in turn, scored on a two-base hit by Morgan to make it 10-5. The final run of the inning scored on a ground out by Fancher.

Baylee Zumbro drove in two runs for Loyd Star, and Aubrey Britt was 2-for-3 with two runs scored.

Morgan pitched and held the Hornets to five hits total, as well as one walk. Only one of Loyd Star’s runs was earned.

Warren Central will now turn its attention toward the start of its region schedule. It will host Clinton Monday at 6:15 p.m. — the game was moved up one day because of threat of bad weather — in the Region 4-6A opener. Tickets can be purchased at https://gofan.co/app/events/220788?schoolId=MS4770.

Road games at Germantown and Madison Central follow on Thursday and March 30, respectively.

“I don’t know if they’re as strong as they’ve been in the past, but they’re going to be good. They’re always going to be decent,” McGivney said of Clinton. “I’m just glad it’s going to be 70 degrees and not 40 degrees.”