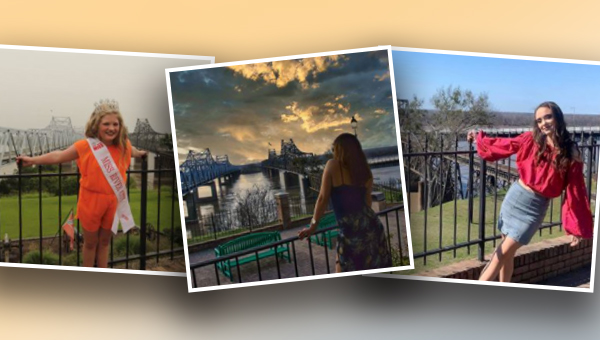 Written by John Fogerty and performed by his band Creedence Clearwater Revival, “Proud Mary” is a rock ‘n roll song about a riverboat — a riverboat that’s rolling on the river to be exact.

Several other artists have performed their version of “Proud Mary” — which reached No. 2 on the charts for CCR — most notably, Ike and Tina Turner.

For Tina Turner, “Proud Mary” became one of her most recognizable signature songs.

And it’s obvious why. If you’ve ever seen her perform (for me it’s only from television viewing) you know what I am talking about.

She brings so much energy to the stage, especially after the verses of the song start to repeat.

Tina’s band picks the tempo up to a much faster beat and — pow — like a firecracker exploding, during the musical transition, Tina’s dance moves go into overdrive as she respectively sings “rolling, rolling, rolling on the river.”

With the Mighty Mississippi in our backyard, we can certainly relate to “Proud Mary” or for that matter just about any song pertaining to a riverboat “rollin” down the river.

So in our upcoming edition of Vicksburg Living, the May/June issue has been themed — you guessed it — “Rolling on the River.”

All the stories will focus on some aspect of the river and for our reader submissions, we are inviting anyone to send in their favorite selfie, group photo or portrait taken with the Mississippi River or the Yazoo Diversion Canal in the background. This can include vintage photos, a current photo, or even one on the river.

For me personally, I have several photos taken of my youngest daughter — be it prom or graduation pictures, as well as an infant picture of my grandson — with the Yazoo Diversion Canal and river bridges in the background.

So scroll through your cell phones, pick through your photo albums — in my case boxes — or head out to the river and snap a picture.

When you have decided on the one you like the best, you can go to our website and click on Vicksburg Living to upload the picture at thevicksburgpost.secondstreetapp.com/Vicksburg-Living-Magazine-Rolling-on-the-River-Photo-Gallery.

The deadline to submit photographs is April 6 at 8 p.m. So don’t dilly dally. Get those pictures in.

Oh, and one more thing. Please remember to include the names of those in the photo.

To include reader-submitted photos in the Vicksburg Living Magazine has been really exciting for us at The Post.

For me personally, I have just loved seeing all the photos that have been included in previous editions thus far and can’t wait to see our Rolling on the River submissions.