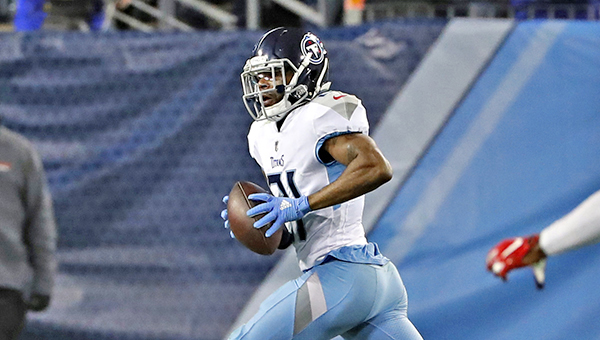 Six years after he made NFL history at the Arizona Cardinals’ State Farm Stadium, Malcolm Butler is hoping he can make a lot more memories there.

Butler, a Vicksburg native, has agreed to a one-year contract with the Arizona Cardinals, the team announced Thursday. ESPN and NFL Network both reported the deal is worth “up to” $6 million, although specifics of the contract have not yet been released.

“I can’t wait to wear that red!” Butler wrote on Twitter on Thursday afternoon.

Butler has played seven seasons in the NFL with the New England Patriots and Tennessee Titans.

The cornerback won two Super Bowls with the Patriots, including Super Bowl XLIX against Seattle — which was played in the Cardinals’ home stadium — in which his goal line interception in the final minute sealed a 28-24 victory.

He has 17 career interceptions, was a Pro Bowl selection in 2015, and is coming off perhaps his best season as a pro. He had four interceptions and 100 tackles for the AFC South champion Titans in 2020.

The Titans released Butler on March 9, however, in a move to save money against the salary cap. He turned 31 on March 2 and was due to make more than $14 million in the fourth year of a five-year contract signed in 2018, making him an aging, high-priced veteran in NFL terms, regardless of his recent production.

Butler will make about half as much money with the Cardinals as he did with the Titans, but he will also have an opportunity to be a No. 1 cornerback with a team on the rise. Butler will replace eight-time Pro Bowler Patrick Peterson, who left in free agency and signed with Minnesota, as the Cardinals’ top cornerback. The Cardinals finished 8-8 last season and narrowly missed out on a wild card berth.

After the Cardinals let Peterson go in free agency, they were left with just two cornerbacks expected to play significant reps in Robert Alford and Byron Murphy.

St. Al baseball team in quarantine after coach is…