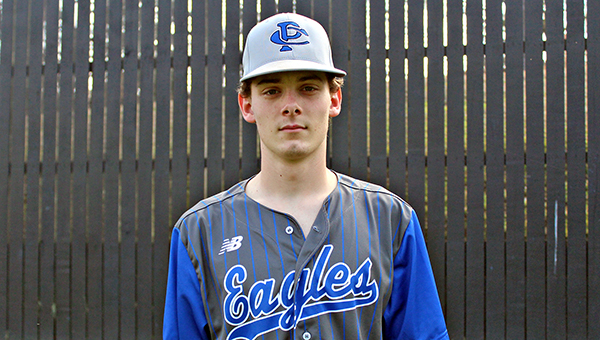 Manchester had beaten PCA 17-5 on Tuesday, but the Eagles returned the favor when they went on the road.

PCA (7-9, 4-1 MAIS District 4-2A) blew the game open by scoring five runs in the top of the fifth inning, on only two hits. Four consecutive walks and a hit batter preceded an RBI single by Thomas Azlin that made it 6-1. Carraway then hit a two-run single to push it to 8-1.

PCA pitcher Chase Hearn threw a complete game. He allowed four runs on eight hits and two walks, but struck out four and pitched out of most of the trouble he got into.

Floyd Davenport hit an RBI single for Warren Central (3-10) in the top of the first, but Ridgeland scored two runs in the bottom half of the inning and four more in the third to take a 6-1 lead.

Three of Ridgeland’s early runs scored on bases loaded walks. The Titans only had four hits in the game.

Jarvis Woody allowed three runs, all unearned, in six innings pitched for Ridgeland. He struck out five and walked three.

Braxton McCurley went 3-for-4 with a double, one RBI and one run scored for Warren Central. Ismael Trujillo reached base three times, on a single and two walks, and scored three runs.

Warren Central will host Germantown Saturday at 11 a.m., and then will go to Clinton Tuesday at 7 p.m. for its MHSAA Region 4-6A opener.

The Trojans (14-1) finished a three-game season sweep of Riverdale by taking both games of a doubleheader on Friday, 24-0 in game one and 22-3 in game two. Including their first meeting earlier this week, Tallulah outscored Riverdale 63-3 in the season series.

Marsh Wood went 3-for-3 with a double and five RBIs in game one on Friday. Dee Morgan also doubled and scored three runs, while Walker Sullivan went 3-for-4 with a double, four RBIs and two runs scored.

Tallulah finished with 19 hits and scored 15 runs in the first inning.

In game two, Morgan, Romero and Jacob Martin all drove in four runs apiece, and Wood went 3-for-4 with three RBIs and three runs scored as the Trojans scored 22 runs on 23 hits.

While they work to improve their game on the field, some of Mississippi’s high school fast-pitch softball teams will also... read more