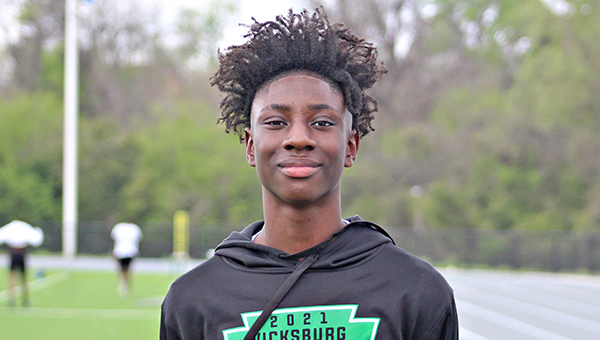 Tyler Henderson jumped right to the front of the medal stand Monday at the Little Six Track and Field Championship.

The Vicksburg High ninth-grader won two events, the triple jump and long jump, to help the Gators to a fourth-place team finish at the meet at Pearl High School.

In the long jump, Henderson leaped 18 feet, 7 1/2 inches to win a heated competition in which the top four finishers all cleared 18 feet. Warren Central’s Nicholas Banks was second with a jump of 18-5 1/2, and his teammate Michael Godshaw was third at 18-3.

Vicksburg totaled 101 points as a team to finish fourth overall. Sumner Hill won the boys’ team title with 141.5 points, Germantown was second with 114, and Rosa Scott third with 107.5. Warren Central had 61 points to finish fifth in the 10-team meet.

Other top finishers for Vicksburg included a second-place effort by Malik Montgomery in the discus.

Montgomery was also fifth in the shot put, Henderson was fifth in the 100 meters, and Koury Vample and Kaleb Hanger finished second and third, respectively, in the 110 meter hurdles.

Vicksburg’s Vample was second with a height of 5-6, and WC’s Jonathan Henderson was third at 5-6.

In the girls’ meet, Jakayla Brooks clocked a time of 27.91 seconds to win the 200 meters, and also finished third in the 100 meter dash as the Missy Gators totaled 83 points to place fifth in the team standings. 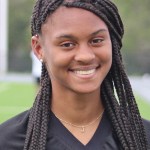 Vicksburg’s 4×100 meter relay team of Terri Boyd, JaKayla King, Kadaji Allen and Shaniya Walker won with a time of 54.66 seconds, and the same team finished second in the 4×200 meter relay.

Boyd was second and Shaniya Walker in the 400 meter dash, Rodrianna Hall finished third in the 300 meter hurdles and fourth in the long jump.

For Warren Central, Jae’la Smith finished second in the 300 meter hurdles with a time of 53.83 seconds, and Jadyn Hadnot was fourth in the 100 meter hurdles.

Ke’Ashia Green was third in the high jump. Calise Henyard placed third in both the shot put and the discus, and Kynnesha Savage was fourth in the triple jump.