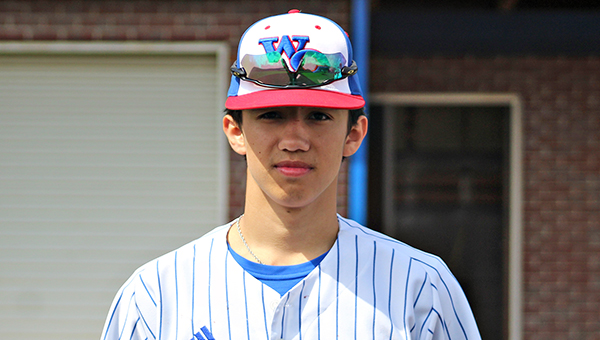 Warren Central's Ismael Trujillo hit an RBI double in a 15-2 loss to Clinton on Thursday.

Warren Central held its own in the middle innings Thursday against Clinton. It was the first and the last innings that did them in.

Tytrez Carr hit a two-run home run in the first inning for Clinton (6-10, 2-0 MHSAA Region 4-6A) and finished 2-for-4 with four RBIs. Jacob Gray hit a three-run homer in the sixth and was 2-for-3 with five RBIs. Tyler Janos also had three hits and scored two runs.

Warren Central (3-13, 0-2) scored an unearned run on an error in the bottom of the first inning, and got another back on an RBI double by Ismael Trujillo in the second to cut it to 6-2.

The Vikings held Clinton in check for a while, until a pair of errors led to a two-run double by Gray in the fifth inning that made it 9-2.

Clinton then smashed three doubles in the sixth inning before Gray’s home run made it 15-2 and put an exclamation point on the Arrows’ victory.

Clinton took the first two games of the three-game season series, after winning 13-3 on Tuesday. The teams will play one more time, Friday at 7 p.m. at Clinton.