Mayor, aldermen honor Stevens for his service to Fellowship of Christian Athletes 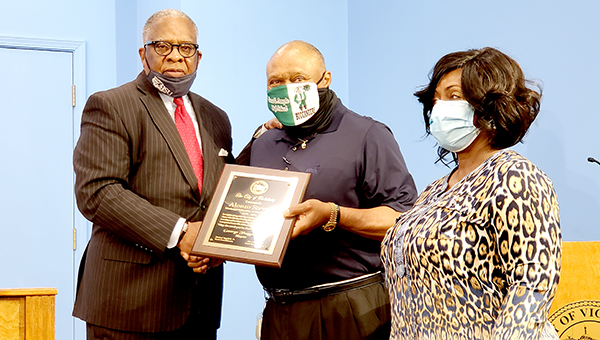 The Board of Mayor and Aldermen honored Vicksburg Warren School District Trustee Alonzo Stevens Monday, recognizing his more than 40 years of serving the Fellowship of Christian Athletes.

Recently, Stevens announced he was stepping down as FCA’s West Central representative after 43 years of service.

During Monday’s board meeting, Mayor George Flaggs Jr. presented Stevens with a plaque honoring his work with the Christian organization. Stevens, who is a graduate of Rosa A. Temple High Schoola nd Alcorn State University, was joined by his wife, Linda, during Monday’s presentation.