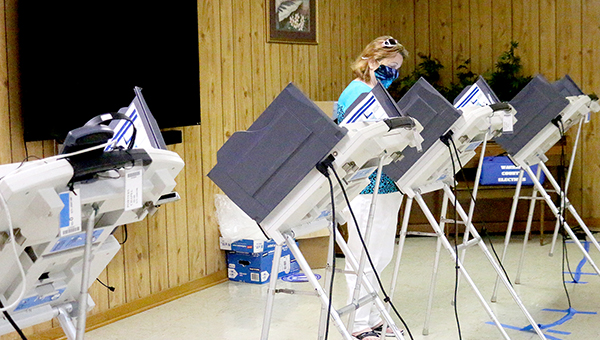 The only problem, he said, was confusion by voters over where they were supposed to go vote.

“We had accusations that people were not allowed to vote at some precincts, but I straightened that out,” he said. “It was just a situation where they went to the wrong precinct and they were on the books at another precinct.

He said voters were instructed to call the city clerk’s office if they had questions about voting “but most everyone went to where they were on the books to vote.”

Osborne added the Mississippi Secretary of State had a representative in Vicksburg who toured the precincts during the election.

About 15.4 percent of the city’s 12,502 registered voters turned out to cast ballots in three races — mayor, North Ward alderman and South Ward alderman. Two races were decided Tuesday, while a third will be decided in a runoff on April 27.