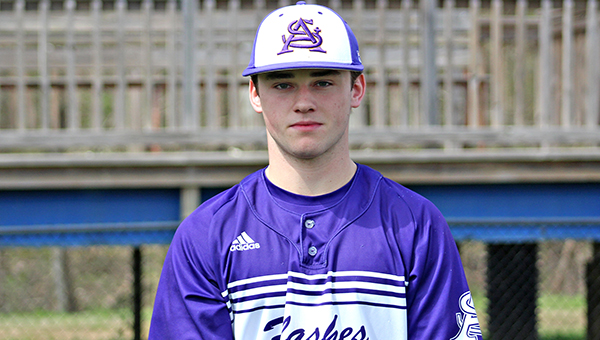 One close loss plus one blowout equaled a couple of crushing defeats for St. Aloysius.

Will Purvis hit a go-ahead single in the bottom of the fifth inning, and Hartfield Academy dodged two potential rallies by St. Al late to beat the Flashes 5-4 in game one of a baseball doubleheader Thursday in Flowood.

In game two, Hartfield scored seven runs in the third inning to blow it open and went on to a 13-3 rout — and a season series sweep — of the Flashes.

Hartfield (26-2, 12-0 MAIS District 3-4A) ran its winning streak to 26 games to keep a stranglehold on first place in the district. St. Al, meanwhile, will need to run a gauntlet in the final week of the season to secure a playoff berth.

The Flashes (12-7, 2-5) will play six — and possibly eight — games in the next eight days, including a pair of doubleheaders. In addition to a three-game series with Central Hinds, they must play three games against Park Place that were postponed by the team’s COVID-19 quarantine earlier this month.

St. Al also has to make up two games against Simpson Academy, although those will likely be played only if it affects playoff seeding.

In game one Thursday, the Flashes gave Hartfield all it could handle. Tristan Wilbanks hit an RBI groundout and Cole Autrey scored on an error in the fourth inning to tie the game at 4.

Purvis’ RBI single in the fifth put Hartfield back in front 5-4, however, and St. Al couldn’t bring home the tying run in the sixth or seventh. An inning-ending double play killed a rally in the sixth inning, and a two-out single by Ben Raines in the seventh did not lead to anything fruitful.

In game two the Flashes jumped out to a 3-0 lead in the second inning as Warnock singled in two runs. Hartfield got two runs back in the bottom of the second, the plated seven in the third to take the lead for good.

Two hit batters, two walks, an RBI single by Ross James and a three-run triple by Purvis keyed the rally.