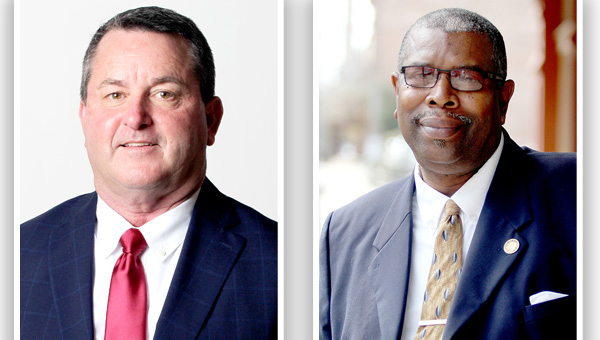 Strong accusations: Monsour, Mayfield accuse each other of lying, lack of support

Aldermen Alex Monsour and Michael Mayfield became embroiled in a verbal altercation at Friday’s meeting of the Board of Mayor and Aldermen when Monsour took issue with comments Mayfield made following Tuesday’s Democratic Party primaries, where Mayfield was re-elected to the board.

Monsour, who represents the South Ward, took a “point of personal privilege” during the meeting’s board comments section of its agenda to make his complaint.

Referring to Mayfield’s comments that appeared on social media, Monsour quoted Mayfield as saying “the things I’ve tried to do but did not get done, mainly because I could not get a second vote in the North Ward. I need the citizens to help me do what needs to get done. If you’re on the board, you need a second vote.”

“I want the citizens to know the truth; in the four years that I’ve been here, Mr. Mayfield has never come to my office and asked me to second anything. Not one time,” Monsour said. “I’ll take credit for whatever’s out there that I’m responsible but I’m not going to take credit for not being asked for a second vote on something in the North Ward.”

Monsour said he was presently working on two problems in the North Ward.

“When I get accused of not providing a second vote for helping citizens in Vicksburg, Miss., I’m going to take offense to that because it’s absolutely absurd and not true. I never voted against anything for the North Ward.”

Mayfield said there were several North Ward drainage projects that were stopped by the board.

“Everything that I have asked for, you all have either put it aside or left it,” Mayfield said. “I didn’t get a second vote.

“There are several things in the South Ward that I voted for because it was the right thing to do,” Mayfield said, adding there were times when items like drainage projects and parks in the North Ward were not approved or delayed. “There are so many things I’ve tried to do, whether bayous, whether it was cleaning out culverts. Look at how long it took me, sir, to get the park done at Mission Park — Fuzzy Johnson.”

Mayor George Flaggs Jr. attempted to intervene and stop the argument, explaining the procedure for getting an item on the agenda, adding that if two members agree on the item it goes on the agenda.

Vicksburg’s riverfront was quite full Thursday, as two riverboats — the American Jazz and the American Countess — were docked... read more