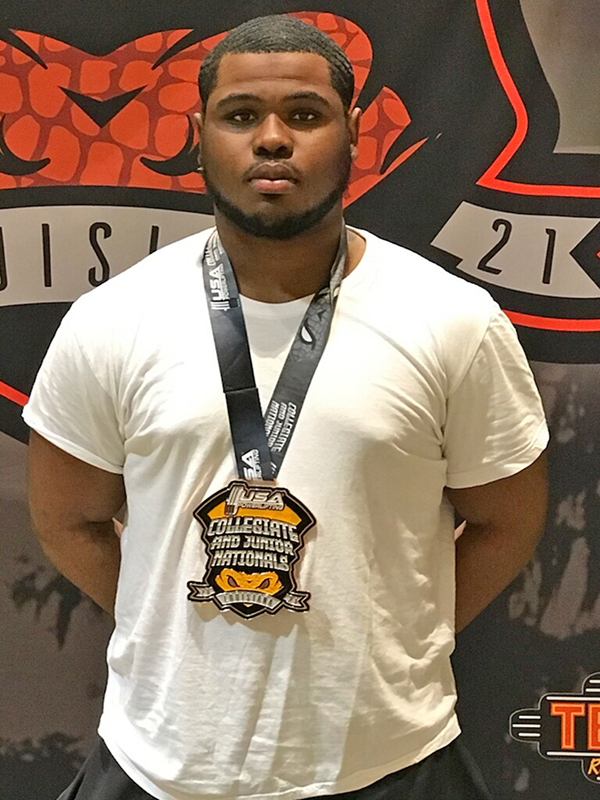 Jalen Davenport’s first appearance at a national championship powerlifting meet was a memorable one.

The Blue Mountain College and former Warren Central lifter finished fifth in the 105-kilogram (231-pound) weight class at the USA Powerlifting Collegiate and Junior Nationals this weekend.
Davenport lifted 722 pounds in the squat, 424 in the bench press, and 589 in the deadlift for a total weight of 1,735 pounds.

Davenport, a freshman, was fifth out of 77 lifters in his weight class, with competitors coming from colleges and independent teams all over the country. Powerlifting is a club sport at the college level, so lifters from tiny Blue Mountain — an NAIA school in northeast Mississippi — were competing alongside those from Division I programs like LSU, Louisiana-Lafayette, Ohio State, Florida, Oklahoma and many more.

Blue Mountain finished third in the men’s team standings, and the women’s team was fourth.