Profile 2021: The tomato sandwich is a Vicksburg classic 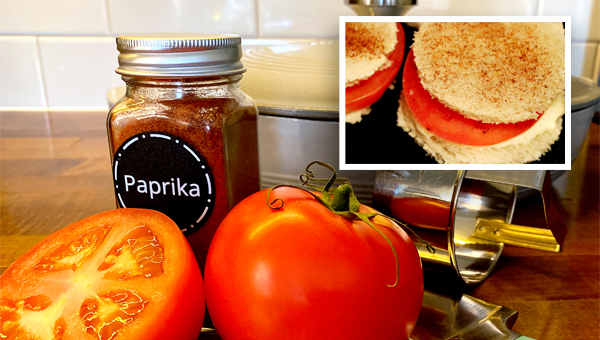 From Christmas parties to baby showers to weddings — well really, at just about any type of social gathering — Vicksburg Tomato Sandwiches are served.

These finger sandwiches are unlike an ordinary BLT. They have no bacon or lettuce, and instead of slathering on the Hellmann’s, locals know it’s the homemade mayonnaise that makes them memorable.

“When I hosted Miss Mississippi parties and there were people from California and all over that came, I would serve those (Vicksburg Tomato Sandwiches) here and they (out of town guests) would say to me, ‘I wasn’t missing this party because we knew you would have tomato sandwiches,’” Natalie Bailess said.

Bailess is a Vicksburg resident who also served as the editor of the Vintage Vicksburg Cookbook.

The coveted publication, which was first printed in 1985, was made available by the Junior Auxiliary of Vicksburg. Understandably, a version of the original Vicksburg Tomato Sandwich recipe is included.

It is not clear as to when the Vicksburg Tomato Sandwich was first introduced, but the recipe did originate from the Old Southern Tea Room.

Lee Asher is the son of one of the former owners of the restaurant and said most likely the recipe was one of Mary McKay’s.

McKay was the first owner of the Old Southern Tea Room, which opened in the late 1940s. Asher surmised the finger sandwiches could have been included on the menu around the same time.

The first step in making Vicksburg Tomato Sandwiches is to cut circles from the center of “thin-sliced Wonder bread,” Asher said. This can be done by using the “rim of a glass.”

Once all the rounds have been cut, the prepared homemade mayonnaise, which is the key ingredient that sets the Vicksburg Tomato Sandwich apart from all the others, is spread on the bread.

Before any sandwich can be put on a serving tray, a little paprika is sprinkled on top.

Bailess recalled a time when she would help her mother make Vicksburg Tomato Sandwiches.

“We would make the sandwiches the day before the party, and would put wet paper towels between each layer of the sandwiches to keep them from drying out before putting them into the refrigerator.”

While the Vicksburg Tomato Sandwiches continue to be a party favorite, the homemade recipe has been tweaked through the years.

Asher said he had the original mayonnaise recipe that was used by the Old Southern Tea Room, but mum’s the word when it comes to revealing it.

Cooks in Vicksburg have made sure that, although the exact measurements of an ingredient might have been altered just a tad, the core of the recipe has stayed intact.

So for newbies or anyone that is tasked with bringing Vicksburg Tomato Sandwiches to an event, make sure to use a tried and true recipe, either from a friend, the Vintage Vicksburg cookbook or food.com where the recipe can also be found.

Because fakes are not welcomed.

One may not be run out of Vicksburg for trying to pass off an imitation, but rest assured there would be talk around town.