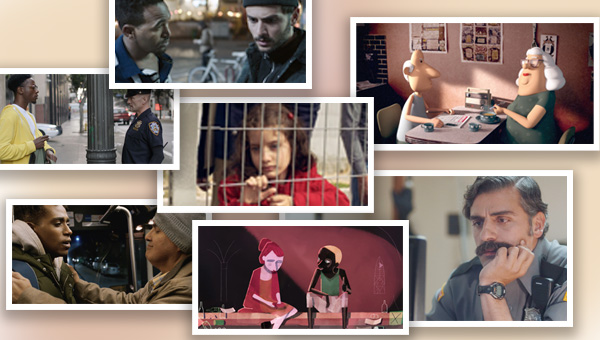 For the past few years, Oscar-nominated short films have been screened at the Strand Theatre.

This year the tradition will continue but at a different venue.

In March, the Strand Theatre, which is part of the Adolph Rose building, was sold to Dr. David Fagan and his wife, Lori. While negotiations with the Strand’s new owners continue, Westside Theatre Foundation’s film programmer Daniel Boone said it was decided to partner with the Southern Cultural Heritage Foundation to showcase this year’s event.

The films will be screened at the foundation’s auditorium.

“This is an annual program that I have shown four or five years, so I hated to just miss it. So we are partnering with the Southern Cultural Heritage Foundation,” Boone said. “We’ve worked with (SCHF Executive Director Stacey Mahoney) and everyone before Stacey. Whenever they wanted to do any movies, Jack (Burns) and I installed everything they would need to show a movie up there and we would run all the technical stuff for them.”

Burns and Boone work together on the Westside Theatre Foundation.

In addition to viewing Oscar-nominated short films, Boone said, audience members will have the opportunity to vote for their favorites.

“We have not done that with these films before, but the distributor that provides the films for me does put together a ballot and we are going to let people vote to express their opinion,” Boone said. “They (audience members) like that so much with the Manhattan short program (Manhattan Short Film Festival) because it makes them watch it in a different way and they have to develop a relationship with the films.”

Tickets are $10 for each night or $18 for both if purchased together. They are available at shortsvicksburg3.brownpapertickets.com.

Space will be limited due to social distancing, so tickets should be purchased in advance, Boone said.

This will be the first programming of any kind since 2020. Last year, screenings of the Oscar-nominated short films were held in March, “just sneaking in before the pandemic,” Boone said.

While Boone is pleased to partner with the SCHF, he hopes future Westside Theatre Foundation Events will be held at the Strand Theatre.

“The Strand has been our home for 10 years and we hope we can go home again,” he said.

There will also be additional animated short films from the shortlist:

Levee Board: Lawsuit filed against Corps of Engineers is ‘disingenuous and dangerous’

GREENVILLE — The Mississippi Levee Board released a statement late Wednesday in response to the lawsuit — Am. Rivers v.... read more