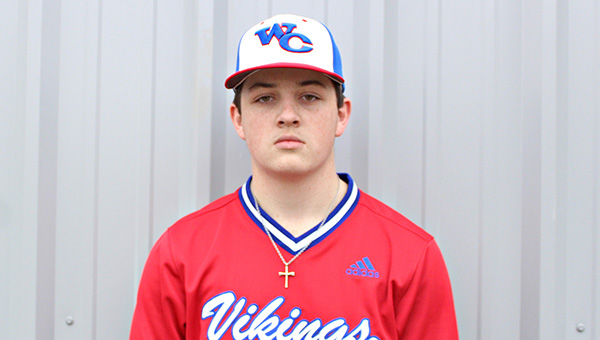 Warren Central baseball player Cooper Orman went 3-for-3 with a triple, two RBIs and two runs scored in a 15-0 win over Murrah on Saturday.

Warren Central took batting practice Saturday against Murrah and picked up a victory.

Cooper Orman went 3-for-3 with a triple, two RBIs and two runs scored, and the Vikings smashed 10 hits in only two innings as they beat Murrah 15-0 on senior day at Viking Field.

Warren Central has three games left in the regular season, all of them at home — Monday against Natchez, Thursday vs. Vicksburg, and Friday against Northwest Rankin.

The Trojans scored four runs in the third inning and six in the fourth to overcome a seven-run deficit and win 10-7 in game one.

Jacob Martin went 3-for-3 with a double, triple and three RBIs, while Kayne Romero was 2-for-3 with two RBIs and two runs scored. Marsh Wood and Paul Michael Machen also drove in two runs apiece.

Martin’s two-run double in the fourth inning put Tallulah ahead 9-7 and completed its big comeback.

In game two, Wood and Romero drove in two runs apiece and Tallulah scored all of its runs in the first two innings on the way to a 7-1 victory.

Hayes Hopkins pitched three innings of shutout ball for the Trojans (20-1, 15-0 MAIS District 4-1A), who ran their winning streak to 19 games.

Tallulah won the District 4-1A championship and received a first-round bye in the MAIS Class 1A playoffs. It will face the winner between Prentiss Christian and the third-place team from District 4-1A in a best-of-three series beginning April 27.