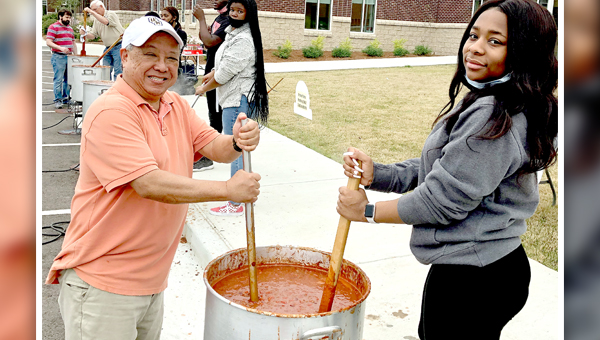 Vicksburg Key Club sponsor Ed Wong, left, works along some of his students during the Vicksburg Kiwanis Club's annual Chili Feast on April 9 at the YMCA. (Submitted photo)

The Vicksburg Kiwanis Club raised thousands of dollars that will soon find their way into the hands of local students heading to college.

During the club’s annual Chili Feast, this year held April 9, the club dished out 100 gallons of chili into more than 1,300 meals.

The proceeds from the annual event are used to fund scholarships offered to senior members of three Key Clubs sponsored by the club — one at Vicksburg High, one at River City Early College and another at Porter’s Chapel Academy.

Key Club members from those schools helped April 9 in cooking and distributing the chili at the YMCA.

Club officials said that more than $5,000 in scholarship funds will be awarded this year.

As COVID-19 cases in Warren County and the state experience a slight surge, the number of residents receiving doses of... read more